LeMay – America’s Car Museum, a non-profit organization chartered to preserve and interpret the history and technology of the automobile, has partnered with Volkswagen of America, Inc. to celebrate the brand’s rich history of innovative technology and elegant designs with the new “VeeDub – Bohemian Beauties” Exhibit.  Beginning Jan. 11 through April 5, the museum will showcase 25 vintage models from both Volkswagen and local car collectors in the Seattle-Tacoma area.

“We are excited to collaborate with Volkswagen to celebrate a car brand that has defined a culture of customization and entrepreneurship,” said David Madeira, president and CEO, LeMay – America’s Car Museum. “Themed exhibits offer a fun way for car enthusiasts to take a trip back in time to experience the cars they have cherished and that have had such an impact on our culture.”

Known for its seamless pairing of unique styling and accessible technology, Volkswagen, which is German for the “people’s car,” embodies the self-expression of several generations of Americans. The brand’s approach to automotive technology has created an ideal platform for customization that eventually extended to buses, dune buggies, kit cars, and Formula Vee racing, and continues to be a major driver in the brand’s success.

“This collection represents the rich heritage of the Volkswagen brand not only in the United States, but worldwide,” said Clark Campbell, general manager shows and events, Volkswagen of America, Inc. “We’re honored to showcase these historic VW models, at Lemay-America’s Car Museum and excite the visiting car enthusiasts.”

As part of the partnership, Volkswagen has provided the following three rare vintage cars for display during the exhibit:

In addition, Volkswagen will also provide another vehicle to be featured in the “Alternative Propulsion” Exhibit, a display that demonstrates the evolution of what has become the modern day electric and hybrid car:

The Veedub Exhibit will open to the public on Jan. 11 at 10 a.m. In addition to the display, the museum will also incorporate Volkswagen-related interactive content in its new Family Zone space, which debuted as a family destination last month. Museum members are also invited to the Club Auto Tacoma on Jan. 11 for a special movie marathon showing of the 1969’s The Love Bug, 1977’s Herbie Goes to Monte Carlo and 2005’s Herbie: Fully Loaded. 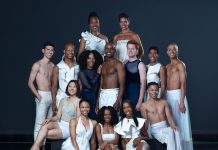 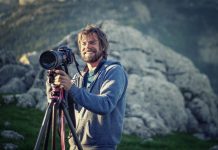 Experience a Night of Stories and Wonder With ‘National Geographic Live: From Summit to Sea With Andy Mann,’ Presented by the Washington Center for...