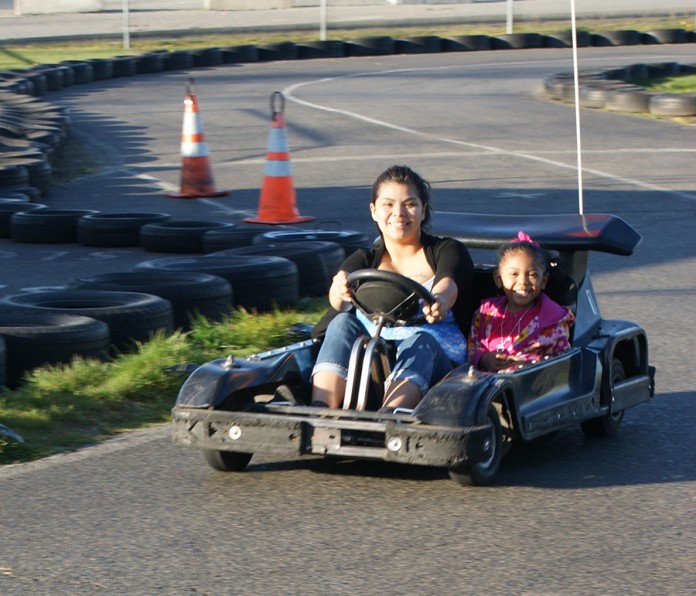 Point Defiance Park is one of the biggest urban parks in the United States. Boasting wooded trails, scenic sights, a world class zoo and more, this popular Tacoma park brings in more than three million visitors each year. Once a military reservation, Point Defiance Park was handed over to the city of Tacoma in 1905 by President Theodore Roosevelt himself, and quickly transformed into the vibrant destination it is today.

Just two years after the title to Point Defiance Park was given to the city of Tacoma, the Metropolitan Park District was formed and plans to launch the development of the Park quickly began. Metro Parks hired the architectural firm Hare & Hare in 1911 to design the plans, which included most of the Park’s current day features. Metro Parks’ Historical and Cultural Resource Manager, Melissa McGinnis, says, “When you look at the original plan, not much has changed. Hare & Hare suggested the docks and boat area, scenic view points, the zoo, the five-mile drive and picnic areas, and a street car station which is now the pagoda.”

As time progressed, the Park grew, but no drastic changes came until the 1930s when Funland Amusement Park was built. Located in “the triangle” near the Park’s entrance, Funland, which was owned by a private enterprise that paid a commission to the park, served as a form of entertainment, bringing relief to Tacoma-area families during the Great Depression. Outfitted with several popular amusement rides, vendors and more, Funland opened for businesses in 1933 and effectively distracted park visitors from the struggles brought on by the Great Depression and World War II.

Funland was a popular attraction for many years and even underwent a remodel and expansion in the early 1950s, but by the 1970s, this once beloved feature of Point Defiance Park permanently closed its doors to the public. While the rides and vendors disappeared, the go-karts and batting cages remained. Still a privately owned part of the Park, TNT Family Go-Karts and Batting Cages was purchased by Troy Langley in 1984, and has been a popular summer destination for Tacoma-area families ever since.

The last standing remnant of Funland, TNT Family Go-Karts and Batting Cages is more than just a summertime family friendly recreation destination, it’s a piece of Point Defiance Park history. However, in the last several years, Metro Parks has made plans to renovate the “triangle” which would include the closure of the popular go-karts and batting cages to make room for a proposed visitor center and condos. While these are tentative proposals, Metro Parks did give TNT Family Go-Karts and Batting Cages notice that they would not be renewing their lease at the end of 2014.

As Metro Parks gears up for what would be a 15-year project, Langley is urging the Board of Park Commissioners to, rather than eliminate TNT Family Go-Karts and Batting Cages from the park completely, to consider integrating the recreation center into the new development. “We’re a great fit for the plan,” says Langley, “We’ve been a great fit for 30 years.”

Looking back on the past century, not a whole lot has changed at Point Defiance Park. Some things have come and gone, but overall, the Park is essentially a spitting image of the original plans Hare & Hare mocked up back in 1911. As for the future of the park? That is still unclear, but people interested in helping shape the next 100 years of Point Defiance Park have a few options when it comes to having their voices heard. Tacoma residents can attend Metro Parks hosted Community Conversations (held the third Thursday of each month) to participate in discussions regarding the future of the Park, they can contact Park Board members directly by reaching out to them here, or take a quick survey and asnwer some questions about what they’d like to see at the Park.

Langley says if you want to see TNT Family Go-Karts and Batting Cages continue to serve the community, there is a petition you can sign linked to their Facebook page. He says he hopes that by collecting enough signatures, he can convince the Board of Park Commissioners that the community wants to see the go-karts integrated into the new plan and grow with the Park and the city.

Point Defiance Park is open year-round and features a variety of outdoor recreation, community events, and other attractions fun for the whole family. Go exploring on the Five-Mile Drive, kayak around Owen’s Beach, see what the animals are up to at the zoo, zoom around the track at TNT Family Go-Karts, enjoy a picnic by the pond, and much, much more.

You can find out all that Point Defiance Park has to offer by clicking on the link here.