Home Don't Miss Living in the Shadows: Uncovering the Truth Beneath the Ashes 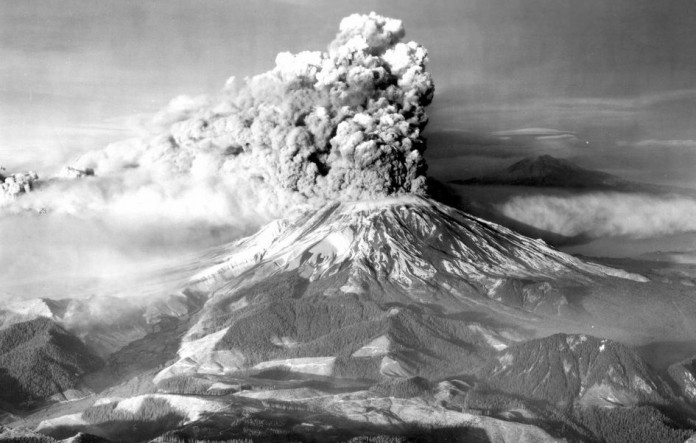 Join the Washington State History Museum as it studies the mystery of the state’s volcanic peaks with its newest exhibit, Living in the Shadows: Volcanoes of Washington, opening Jan. 31, 2015. The exhibit unearths the history and significance to past, present and future Washingtonians of five active volcanoes, Mt. St. Helens, Mt. Rainer, Mt. Adams, Mt. Baker and Glacier Peak with displays of oral histories, artifacts and current research and equipment. One of the many incredible objects on display includes the U.S. Geological Survey’s “Spider,” which collects real-time data  of volcanic and seismic activity and could even be removed from the exhibit and put into use if any nearby volcanoes begin to quake! Blending history, science and culture, Living in the Shadows offers a unique experience allowing visitors to hear, see and interact with this highly immersive exhibit.

Explore the geological side of volcanoes with hands-on samples of how these fascinating formations develop and erupt. Become an archeologist and study the 9,000 year old relationship between humans and volcanoes with an in-depth look at neighborhoods erected directly on volcanic debris and the tools created from volcanic material. Delve into the stories of explorers who have braved treacherous climbs, such as Fay Fuller, a young school teacher who was the first Euro-American woman known to summit Mount Rainier in 1890. Fay’s boots, which were actually made for a young boy since mountaineering equipment was not designed for women at the time, will be on display. Consider the caution people must maintain when it comes to these formidable natural structures while viewing a crumpled Weyerhaeuser truck door, a casualty of the May 18, 1980, Mt. St. Helens eruption.

“Although it’s typically not at the forefront of our minds, Washingtonians live with volcanoes in our backyards, with the ever-present risk of an eruption,” says Jennifer Kilmer, Director of the Washington State Historical Society. “This exhibit will help visitors understand the inner workings of volcanoes, learn how humans have lived and benefited from them, view cautionary tales of why we should be wary of these beautiful, yet deadly masses and learn how to prepare ourselves for an eruption.”

Throughout the exhibit there will be additional programming for attendees to learn firsthand from experts. On opening day, Saturday, Jan. 31, the museum will host a variety of presentations on disasters related to volcanic activity. Visitors will pick up a few tips for emergency preparedness and then join the exhibit curators for an “inside scoop” exhibit tour. On Tuesday, Feb. 24, at 12:00 p.m., U.S. Geological Survey specialist Carolyn Driedger will provide an eye-opening presentation titled “Washington’s volcano hazards – new chapters to an old story.”

Programming for the closing of the exhibit will take place on May 16, and will feature a broad slate of public programs, including a discussion with reporter Andre Stepankowsky, whose coverage of the Mount St. Helens eruption and the aftermath has spanned several decades, and a State of the Washington Cascades Address by John Ewert, Scientist-in-Charge at the USGS Cascades Volcano Observatory.

Living in the Shadows will run through May 17, 2015, the day before the 35th anniversary of Mt. St. Helens eruption. For more information on the exhibit and related programs, visit www.WashingtonHistory.org.