The South Sound has a number of theaters large and small, but only one of them is exclusively dedicated to musical theater. Tacoma Musical Playhouse (TMP) specializes in musicals and goes above and beyond to bring high-caliber shows to the stage for audiences of all ages — including children. In fact, TMP has a full range of offerings for children, from stage shows to story times to an extensive list of education programs.

Founded by Jon Douglas Rake in 1994, TMP has always aimed to fill gaps in the local theater scene and keeps an emphasis on top-quality productions as well as top-quality staff, many of which have specialized or advanced degrees to do what they do. Aside from being the only local theater focusing on musicals, it’s also the only theater in the Tacoma area that produces shows solely for younger audiences via its Family Theater.

Tacoma Musical Playhouse Family Theater is not what most may assume when it comes to shows for families — don’t expect child actors filling the stage or cartoonish plots or low-end sets. Instead, TMP Family Theater brings in full production value paired with shorter run times and kid-friendly shows. Actors are cast at the proper ages for the roles, meaning there are children on stage for characters who are children and adults on stage for characters who are adults.

“I work with adult actors producing shows geared at student and family audiences,” TMP Family Theater Administrator, Lexi Barnett says. “We’re doing shows like “Alice in Wonderland,” “Junie B Jones,” and “James and the Giant Peach” this year. Most of our material is literature based. We align a lot with the Common Core standards for the state and the nation of what students have to read in classes. “James and the Giant Peach” was wildly popular since third grade classes have to read that book.”

Just like the main stage shows at TMP, Family Theater shows are musicals, which can make production a little trickier. However, TMP aims not only to find great voice talent, but also to do it on a budget — to keep ticket prices low for attendees.

Shows are designed for kids 4 and older, and it’s not unheard of for adults to show up for shows either. For instance, 2015’s “Pippi Longstocking” brought in a fair number of 40-somethings who remembered the movies.

Tacoma Musical Playhouse excels at imaginative sets. Set design is headed up by Technical Director, Bruce Haasl, who has a knack for bringing even the most basic of sets to life, whether it’s the dragon from “Shrek” or a giant, rotating peach for “James and the Giant Peach” filled with a jungle-gym-like structure to mirror the peach from the book (hey, it’s not called James and the Tiny Peach, after all).

A bonus especially great for children is that Family Theater shows are short, usually just around an hour to an hour and a half. If even that is too long, there are often parents and children in the lobby taking a break.

“The nice thing about musical theater is that even very young children can connect to the colors and the sound and the movement, depending on the child,” Lexi says. “We don’t give people dirty looks if their kids are acting up either.”

Tacoma Musical Playhouse Founder, Jon Douglas Rake, says “It’s a learning experience for them too. Sometimes the lobby is just as interesting as the show!”

Where TMP Family Theater provides entertainment for the whole family, sometimes for creative kids, that’s just not enough. Kids who long to get up onto the stage themselves, or to learn more about acting or auditioning, have ample opportunities with TMP’s educational programs, headed up by Lexi’s husband, Steve Barnett.

Steve came to his position as educational director at the theater with a Bachelor’s Degree in Music Education and a background in teaching. Education programs are designed for kids of all ages and include everything from spring and winter break camps, to four-week-long summer camps to programs where Steve goes out to local schools to perform or help them stage a musical.

The camps are possibly the best jumping-off point for kids looking to dip their toes into the world of performing. All camps are open to kindergarteners up to high school seniors and are divided into age groups. Spring and winter break camps go for just a week.

If a week doesn’t sound long enough or you have a kid badly bitten by the acting bug, summer camp goes for four weeks. Alternately, the After School Academy and Homeschooler’s Academy both run throughout the year. These programs offer a similar, but less intense experience to the camps where students learn about the entire process from audition to performance.

“It’s not a babysitting camp like many camps are,” Jon says. “The kids are truly here to learn and they educate all aspects of theater, not just the acting, but singing, how to audition and dancing.”

Steve adds, “I really make an effort to get to know parents. I communicate with them and let them know what’s going on and exactly what their student is doing. For our break camps, we give the kids a t-shirt at the end of the program and I take production photos of every single show and put them online for the parents. I really try to do my best to make this the best possible experience for the students.”

While there are auditions involved, TMP isn’t out to weed kids out of their program, but instead to teach students about the audition process. To get into camps and classes, students simply need to register and the staff will find the right part for each student.

“It’s completely all inclusive,” Steve says. “That’s kind of a cool thing, especially if you have kids who are older and very serious about this but don’t have a lot of experience with this. It’s great putting them in with a kid who’s been performing since they were five or six and seeing them learn from each other.”

Beyond camps and classes, TMP also partners with area schools to produce or perform musicals. Schools that may not have the staff, sets or props to produce a musical on their own have brought in Steve to direct a show on their own stage. Other schools have come to TMP or to their alternate location that they call The Spire to perform. One student, a graduate of many years of TMP camps, has even come to Steve to ask if she can do her senior project at the theater and is working toward directing an all-teen performance at The Spire.

Tacoma Musical Playhouse works with other schools to bus students in to watch a performance, but for schools that may have trouble pulling together the funds for busses, TMP has hit the road — going on tour to schools who can’t afford to come to them.

There’s even a newer program for children too young for Family Theater or the camps. Just for 2 to 5 year olds, Lexi started up Story Dramas, which are interactive storytelling sessions of about 35 kids and their parents at a time. Lexi reads children’s books, acts them out and gets the audience involved in telling the story. Recent books have included “Where the Wild Things Are” and “The Very Hungry Caterpillar.”

All of the theater’s programs are only growing with an average of 90+ students in the spring and winter break camps and upward of 200 kids in summer camps each year. With many schools cutting their funding for creative programs, kids with parents who don’t want to learn an instrument are sometimes left with limited options. Even if you aren’t sure if you can afford classes or camp for your child, TMP strives to work with everyone interested.

Tacoma Musical Playhouse is located at 7116 6th Avenue in Tacoma. To learn more about their programs, check out their website or give them a call at 253-565-6867. 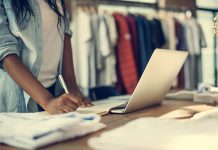 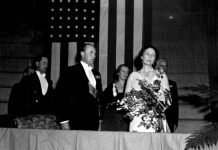 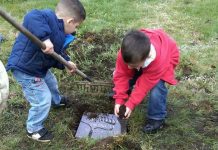