Tucked away in a mini-strip mall on Mildred Street in Tacoma, Pint Defiance seems like just another bar with a clever name. Once inside, however, it becomes clear that this isn’t just another bar. It is a beer lover’s paradise, filled to the brim with ales and stouts, lagers and Lambics, meads and ciders, sours, cellars, and all things in between. The best part is you don’t have to take it home to drink it. The staff will happily uncork it and give you a glass to enjoy in-house. If you prefer beer right out of the keg, Pint Defiance even offers 10 taps where the draft list is never the same.

Pint Defiance opened in September 2012 by Barry Watson, along with his wife and business partner, Renee. “Beer has been an interest of mine ever since I started home brewing nearly 20 years ago,” says Watson. After ditching the 9 to 5 job in the 90s, Watson took to working at a brewing supply store, as well as slinging suds at the Parkway Tavern. Then in 2003, Barry and Renee opened the Rosewood Café in Proctor and successfully managed the restaurant for nine years before opening Pint Defiance.

Watson’s respect for the art of the brew is matched by his employees as well. I have yet to be disappointed by their knowledge of a certain style or a recommendation based on my personal preferences. “We do our best to hire people who share our love of great beer and hospitality,” Watson continues. “Several of our current employees were regular customers before we hired them.”

On top of that, Pint Defiance prides itself in a few special brewery events each month, as well as release parties for extremely limited and high demand beers.

Pint Defiance is an atmosphere that is both friendly and inviting. Perhaps it has something to do with the fact that there is not a TV to be found. “We considered TVs,” Watson adds, “but I really like the idea of pub culture and community. You are far more likely to start up a conversation with the person next to you without a screen to stare at. I have seen amazing friendships created at our bar.”

Since 2012, business has been doing well. The business beat projections over the first year, and there has been steady growth ever since. This is partly due to the fact that it’s not just beer drinkers that stop by. Watson and his team see a fair amount of cider drinkers as well. A cider enthusiast club called TLC, or Tacoma Loves Cider, started there.

Since Watson has sampled thousands of beers, he couldn’t think of any one beer that was set apart from others. “I probably have a top 200 that includes dozens of nearly every style. I like to think that I haven’t tried my favorite yet, so I need to keep sampling.” Most recently, though, he has a special soft spot for crisp pilsners, sours, bourbon barrel aged stouts, and hop-bursted IPAs (India Pale Ales where the largest quantity of hops are added at the end of the brewing process).

The popularity of craft beer doesn’t show any signs of abating, which makes Pint Defiance a favorite among beer aficionados. Watson was even pleased to see an upsurge of lagers, a previously overlooked style of beer that has become more popular in recent years. “I think most people still think that all lagers are all bland and flavorless,” Watson clarifies. “There has definitely been a surge of craft breweries producing fantastic lagers lately. It is definitely a more complicated style than people think and takes longer to produce. Several [Pacific Northwest] breweries are making exceptional lagers right now, including Chuckanut, pFriem, Silver City and Heater Allen.”

Perhaps the most interesting part of working at such a place is the extra-curricular activities Watson requests of his staff. “The running joke is that I make everyone do ‘homework.’ We give them free beer every week and they report back to us. We also encourage continued education in beer. I have arranged for tours at breweries for several employees. Five of our employees so far have taken the BJCP course [Beer Judge Certification Program]. Three of our current employees have just recently become Cicerone certified beer servers and are busy studying for Cicerone Level Two.”

“I think our selection paired with friendly knowledgeable service helps set us apart,” continues Watson. “We do not have the largest selection by volume. Instead, we curate our offerings to showcase some of the best in each style of beer. We also have systems in place to make sure everything is rotated and fresh.”

So if you’re a beer lover or if you’re just starting down the path, you owe it to yourself to stop by Pint Defiance, sample a beer or two, and assign yourself a little “homework” of your own. 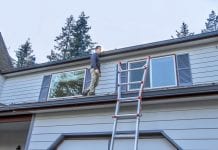 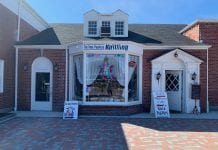 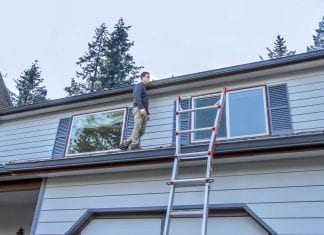