Walking inside for the first time, it becomes immediately apparent that Odd Otter Brewing Company is a little, well, odd. Maybe it’s the play on words in the names of the beers themselves, names like Ottermelon Hefeweizen or Scotchy McOtterpants. Or maybe it’s the famous works of art on the wall where human subjects have been cleverly replaced with otters. “Napoleon Otterparte greets all who enter from atop his sturdy steed,” says owner John Hotchkiss. “And we’ve been very fortunate to have the works of artists such as Rene Magritte, Norman Rockwell, and Leonardo DaVinci turned into otterly amazing paintings. We focus on bringing our personality out, and it really makes the entire experience unique.”

Originally opened on Black Friday of 2014, Odd Otter’s origins began with a conversation. “I had approached a couple of neighbors about starting a brewery,” Hotchkiss recalls. “They brought in a friend of theirs. I connected with a home-brewing enthusiast and former co-intern of mine at Madigan Army Medical Center. Thus Odd Otter Brewing Company was formed.”

This whimsical business style appears to be working. The taproom will be celebrating their second anniversary on Black Friday this November. “We have been truly honored to have an amazing team of people at Odd Otter,” notes Hotchkiss. “In addition to our innovative, spot-on craft beer brewed on-site, we really focus on creating a welcoming, community-fostering atmosphere. What really sets us apart is that we like to bend the rules. We like a little bit of whimsy. We push the limits.”

With a rotating tap list between eight and twelve beers, ranging from ESBs, barleywines, and Scotch ale, Hotchkiss struggles to identify his favorite brew on the menu. “I love the Ottermelon Hefeweizen—it’s our response to the other watermelon beers out there. Ours is perfect. Not syrupy, not too sweet. It tastes like sunshine. I also really dig Momma Otter’s Pancake Porter and Scotchy McOtterpants. Our brewers have dialed in a splendid double IPA in the Screeching Otter. The Blind Otter is a special barleywine product that is filled with mystery, secrets, and tastes a little like Port wine. There are just so many things going on at once, it’s hard to choose!”

While not native Tacomans, Hotchkiss and team chose downtown Tacoma’s Pacific Avenue as the location of the brewing company. “We all love the city,” Hotchkiss says. “We love the community. We love that it’s so very distinctly and defiantly different from the big neighbor up I-5: Tacoma is warm, welcoming, and vibrantly its own entity. The sense of community, of identity, and the collaborative nature of business in the 253 is incredibly uplifting and positive. Pac Ave has been waking up again, shaking off decades of grittiness. The buildings down here are just gorgeous. Ours was a former USO during WWII, and it’s fitting for our veteran-owned business to be in a place with deep roots among our service members.”

Despite its playfulness, perhaps what elevates Odd Otter into a league of its own is its commitment to the community. Odd Otter’s team have put together events to raise money for the local Red Cross chapter to assist victims of the earthquake in Nepal, Hurricane Matthew in Haiti, and the families of the victims in the Orlando terrorist massacre. They’ve worked with Obliteride, the American Academy of Zookeepers Rainier Chapter, Downtown on the Go, and the Tacoma Community House. Since three of the original founding members of Odd Otter have military roots, it also comes as no surprise that Odd Otter’s charitable efforts and commitment to the community covers vets and active duty service members as well.

“We’re very focused on military family support in addition to supporting active duty service members and veterans,” adds Hotchkiss. “It’s always happy hour every day for our veterans, spouses, and active-duty service members, as well as for all first responders. We really appreciate the unique sacrifices these folks make.”

If that wasn’t enough, Odd Otter shows no sign of letting up on its charitable work. “The next phase is to really focus on creating some durable connections with a few local charities,” Hotchkiss says. “By partnering with specific organizations that support our community, we will be able to give back effectively and efficiently to this city that has given us so much. We are going to be heading into 2017 with some business-specific goals of getting some more bottling efforts off the ground. We’re really looking forward to further strengthening our business ties in the area as well. We just love the heck out of the Tacomaland area, and we’re thrilled to be able to contribute meaningfully to our incredible city.”

The taproom also hosts trivia nights, movie nights, live music karaoke, and even yoga. Hotchkiss says most beer releases and charitable events are held on Thursdays, so it is important to check the website or social media for a complete and up-to-date calendar.

“We like to have fun,” says owner John Hotchkiss. “Although we take making premium quality craft beer very seriously, we don’t take ourselves too seriously.” 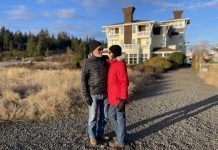 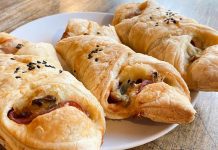 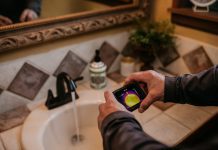