Home Everyday The Sweet Smell of Tacoma’s Chocolatey Past
Facebook2.6kTweet0Pin6

A century ago, Tacoma was the candy capital of the world with ties to some of the great brands in sweets. This fun fact was not because of our craving for sweets, but because of our cool climate (ideal for chocolate!) and standing as a transportation hub.

When it comes down to it, the city’s candy history tells the story of Tacoma itself. Candy making was a cottage industry well after the turn of the last century for the simple fact that chocolate didn’t travel very well – it melts when it gets any warmer than room temperature.

The Pacific Northwest has a mild enough climate that allowed chocolate to be cool enough to avoid melting yet warm enough to not become brittle in cold weather. Tacoma also had direct railroad tracks to the distant markets of Chicago and New York “back East” and shipping lines to Asian markets around the Pacific.

Those two factors made Tacoma the center of candy making between 1900 and about the World War II era, when the rise of refrigerated train cars became commonplace. Many of the great chocolate makers have ties to Tacoma, even if their fame largely came after they left the City of Destiny.

“It all started because Tacoma was the boomiest of boom towns,” former mayor and Tacoma Historical Society President Bill Baarsma said.

At one point, Tacoma had more than 50 candy and chocolate makers. Some came and went while others left their mark and yet others remain to this day.

In 1913, a confectioner named Frank C. Mars, for example, rented space in the building at 1149 Tacoma Avenue to start a candy-making business he had been developing in his kitchen for two years. He had moderate success and employed 100 people, but eventually moved to Minnesota in 1923, where he introduced the Milky Way bar and then shuttled to Chicago in 1926, where Mars developed his namesake bar along with the 3 Musketeers, and the Snickers bar. The company also makes M&Ms, named by Frank’s son Forrest Mars and his business partner Bruce Murrie, who developed the colorful hard-shelled candy is 1940, after the  plant relocated yet again to a facility in New Jersey. M&Ms were instant hits with soldiers fighting in World War II because they withstood heat without melting in their packages of military rations. The candy was only made available to the general public after the war and sold for 15 cents in 1946, when they first arrived in a quarter-pound tube of chocolate goodness.

Of course, the most notable of Tacoma’s candy makers is Harry Brown and Jonathan Haley, which remains in Tacoma to this day. Their Almond Roca is exported all over the world, particularly to Asian and Middle Eastern countries. That volume means the machines are humming every hour of every day to keep up with demand.

Brown and Haley first formed the Oriole Candy Company in 1914 and created the Mount Tacoma Bar, which later became the Mountain Bar. The company changed to Brown & Haley in 1919. Its signature Almond Roca came along in 1923 and was the first candy of its kind to be sold in bite-sized pieces. Previously, toffee had been poured in sheets and broken apart and sold by weight. Much like the success of M&Ms, the butter-crunch toffee, nut and milk chocolate treat gained customers because it could travel without melting or becoming stale thanks to its formula and the use of the pressurized packaging Brown and Haley developed in 1927, after drawing inspiration from the meat-packing industry. It even had the slogan of “the candy that travels.”

Tins of the candies found their way to soldiers serving overseas during World War II, then Korea and then Vietnam. These overseas shipments also expanded its market, which remain to this day. Overseas countries currently make up about 40 percent of the company’s sales, making Brown & Haley the highest-volume confectionary exporter in the United States, all from the Tacoma facility.

Late to the game but still going strong is the Johnson Candy Company, which has been located at the same storefront at 924 Martin Luther King Way since it opened in 1949, although the actual business started as an ice cream shop down the street in 1925. The current chocolate shop started as a restaurant that also made chocolate treats, with the candy taking over as the years went on. The shop is now into its third generation of the Russell family operating the mixers and bubblers needed in the chocolate-making process.

But not all candy makers last for generations – the Weigel Candy Co. is one of these. It operated in what is now the University of Washington-Tacoma’s Cherry Parkes Building at 1924 Pacific Avenue. The company formed when three brothers, Andrew Walter and Rudolph Weigel opened shop in 1904, making it one of the first chocolatiers in Tacoma. It was not to last. Only its advertisement can be seen today, still painted on the side of the building on the UWT campus.

Any mention about chocolate making in Tacoma also has to include a mention of Irv Robbins. His father ran an ice cream shop called The Olympic Store at 954 Court C, while Robbins attended Stadium High School. Robbins worked at the shop and went on to start his own ice cream shop in California. He eventually merged his operation with that of his brother in law, Burt Baskin, right as they developed the flavor chocolate mint. It was their 31st flavor, making Baskin and Robbins’ 31 Flavors a national icon of the industry by using the first franchise agreements that would revolutionize business practices in 1953. 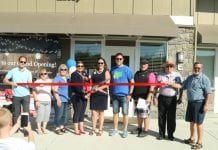 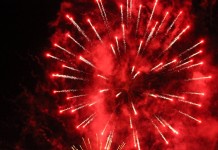 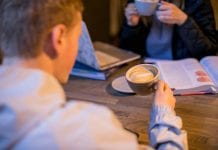