In the heart of the South Sound, one man has made it his mission to empower amputees, not only throughout Pierce County and Washington State, but across the nation. Greg Davidson, owner of Davidson Prosthetics in Puyallup, has pioneered the world of lower-extremity prosthetics right here in the Puget Sound. For the past few decades, Davidson has been an active prosthetist and orthotist in the Pacific Northwest, providing outstandingly functional lower limb prosthetics for active amputees.

Davidson crafted a concept that has changed the lives of amputees worldwide. He discovered that by maximizing the length of the spring in a prosthetic foot that the outcome is nothing short of remarkable. “I am fortunate to work with many active amputees and elite athletes, including soldiers and young military veterans who are highly motivated to regain their physical capability,” Davidson told us. “These individuals give me the inspiration to create and develop new ideas and techniques that have transformed my ability to provide prosthetic care for the amputees I work with.”

Developing a longer, more powerful carbon spring creates a profound and energetic motion, which sparked the attention of amputees across the country.  “About six years ago I started working with a young Marine, Josh Wege, who lost both legs below the knee in combat,” Davidson explained. “He had heard about my new foot designs and flew out from Wisconsin to work with me.”

Wege is a star player on the Wounded Warrior Amputee Softball Team (WWAST). The team plays nearly 100 games each season throughout the country and is made up of a group of heroic men and women who have lost their limbs in combat while serving in the military. “I now build prosthetic limbs for nearly all the men on the WWAST and am fortunate to work with a large number of soldiers and military veteran amputees across the USA.” Currently more than 30 percent of Davidson’s amputee patients fly in from out of state for his care.

Davidson’s innovative prosthetic designs have caught the attention of many elite athletes who strive to elevate their performance.  While working with the Never Say Never Foundation, an organization that provides children and young adults with running blades, a young athlete by the name of Richard Browne reached out to Greg, inspired by his work. Browne is a lifelong athlete who excelled in football and basketball while growing up in Mississippi, but in 2007 his life was changed forever when an accident sent his right leg through a plate glass window, resulting in an arterial bleed permanently damaging his leg. Over the course of a few years and 13 surgeries later, Browne’s leg was amputated in 2010. Just six months after his amputation, he discovered an intense passion for running.

Since then, he has gone on to become the world’s fastest single leg amputee sprinter, winning a silver medal for team USA in the 2012 Paralympics, which set his athletic career ablaze. “Richard contacted me to see how my techniques could help him reach his goal of becoming a Paralympic champion and to continue to set world records in sprinting events,” Davidson states. “I was able to make several significant improvements to his sprinting leg design that included over a pound of weight reduction, improved alignment, increasing knee bending range of motion for better symmetry, increased effective spring length, and an improved spring I have designed that offers more powerful return energy.”

In 2016, Browne received the ESPY Award for best male athlete with a disability and is favored to win the 100-meter sprint at the upcoming world championships next year, as well as at the Tokyo Paralympic games in 2020.

But what is it that truly makes Davidson’s Prosthetics so special? Most athletes who have prosthetic limbs have been using a spring design that has a tight rear radius. Davidson’s design features a large rear radius, which distributes the force more evenly on the spring, resulting in a more efficient return of power. Richard Browne says that since using Davidson’s newest design, he feels much faster and uses less energy to maintain his speed. Later this month Browne will make a trip out to Puyallup to help Davidson test a new variation of his final design that will soon be available to athletic amputees worldwide.

Pushing the boundaries with his work, Greg and his team at Davidson Prosthetics are paving the way for active amputees everywhere. He is currently gearing up with a team of influential athletes for the 2020 Paralympics in Tokyo. “Each athlete is unique, and figuring out how to maximize their performance is a fun challenge.” In a few months, he and a group of combat wounded amputee veterans plan to take on Cateran Yomp, a 56-mile hike in the highlands of Scotland, in only a matter of 24 hours. “No amputee has completed this event so far, so I am excited to see them have this experience,” Davidson told us.

“The best part is the look of amazement, excitement and sometimes emotion when something I built makes an amputee feel normal again.  This is such powerful motivation for me that it pushes me to continually work to improve my ability and creativity as a prosthetist.”

Davidson has provided hundreds of amputees with so much more than just artificial limbs. Greg cares deeply for his patients, making their comfort his top priority and treating each client as a dear friend, all while changing the world of prosthetics as we know it. 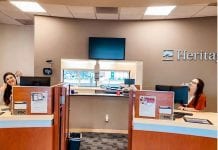