A collection of photographs, pages of interviews and two houses of worship is all that is left of a once thriving community – one that disappeared during one of the darkest times in the city’s history.

Telling the story of Tacoma’s historic Nihonmachi, or “Japantown,” has become the passion of writer and historian Tamiko Nimura. She and historian Michael Sullivan led a group of more than 200 people on a walking tour in spring 2018 around the boundaries of now-transformed neighborhood. They had hoped for a few dozen walkers and were overwhelmed when hundreds arrived.

“I knew that there was some interest, for sure,” Nimura said. “But the turnout was amazing.”

Tacoma’s Japantown encompassed the borders of what is now the University of Washington-Tacoma. The vibrant community spanned Pacific Avenue and Market Street from South 11th to South 17th streets between the mid-1880s and beginning of World War II and was home to grocery stores, cafes, boarding houses, churches, schools and portrait studios.

The neighborhood formed naturally, since Tacoma was an international hub even back before the turn of the last century as ships to and from Asia came and went through Commencement Bay. The Northern Pacific Railroad’s tracks to the waterfront tied Asia with the rest of the nation. Tacoma became the first port in the nation for Japanese immigrants, so it seemed only logical that a neighborhood sprung up right outside the rail hub of Union Station. The city’s Japanese-American population peaked around 1920 with about 1,500 residents in a city of 100,000 people. It was the largest Japantown, compared to the overall size of the city, in the nation.

The funeral services for three Japanese Americans who had died saving their families from a boiler fire in 1918 provided the spark to form the first Buddhist Church in Tacoma. A church opened less than a year later on a street-level hall in the Columbia Hotel, which was located along Market Street. It quickly proved too small. That led to the construction of the current church, at the corner of 17th Street and Fawcett Avenue, which opened a decade late. It is the oldest existing building of what was Japantown and holds services to this day, with more than 50 parishioners each Sunday, with a handful of visitors coming by as well.

“We have such a rich history, but we also have an eye on the future,” said church board member Wendy Hamai, noting that while the church halls have photos of its history, it still holds regular services and church activities. To me, the idea of a museum shows things that aren’t around anymore. We are here, and we are a growing and active community. We recognize the cultural history, but not to the point that it holds us back.”

The church balances the fact that it’s the last remaining building in Japantown to still operate as it was intended with the realization that it could risk its future if it didn’t feed the spiritual needs of its current churchgoers.

Such is the case with the Whitney Methodist Episcopal Church right down the street. Built in 1929, a generation after the congregation formed in 1907, the church served not only as a house of worship, but as a community center for the shopkeepers and restaurateurs who often lived above their shops.

The building gained its name from Nettie Whitney, a teacher who volunteered to teach English there and helped raise money for its operations. She also helped the residents of Japantown during one of the darkest periods of the city’s history ­– and the nation’s – one that would ultimately seal its fate.

The outbreak of World War II led to Executive Order 9066 that forced residents of Japanese ancestry from their homes and into relocation centers. Tacoma’s Japantown became a ghost town almost overnight. More than 700 Japanese-Americans left their homes and shops on May 17 and 18 of 1942 and road the railroad to live out the war in internment camps. Many left the belongings they couldn’t carry with them in the basement of the church. Whitney was among a group of people who watched over the church until their friends returned. Only a fraction of them ever did. While the church reopened in 1946, it basically started over since so few of its members returned after the war. The church was later sold to UWT for use as classrooms as the campus grew.

Japantown became a historical footnote that is only now being rediscovered and honored through monuments, talks and a self-guided walking tour courtesy of a mobile phone app.

“The idea is to make it accessible,” Nimura said. 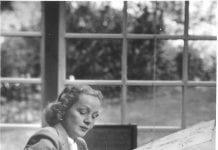 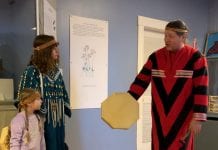