A 10-year-old Southern sea otter who was rescued and rehabilitated at Monterey Bay Aquarium has joined the “raft” of sea otters at Point Defiance Zoo & Aquarium.

Moea will make her official public debut with them on Saturday, Jan. 5, and Sunday, Jan. 6, with special sea otter keeper talks at 10:30 a.m. on both days.

Staff at Monterey Bay Aquarium originally rescued Moea as a stranded otter tainted with oil from a spill, rehabilitated her and returned her to the wild. But the little otter seemed to prefer the company of humans and returned. Her affinity for people and penchant for seeking them out could pose a danger to her in the wild. As a result, she will remain in human care and is non-releasable.

“We are thrilled that Moea is now a part of our Point Defiance Zoo & Aquarium family,” said Malia Somerville, curator of marine mammals and birds. “Providing a second chance for rescued animals is one way zoos and aquariums can help save species.”

The zoo is a member of the Association of Zoos & Aquariums’ Species Survival Plan® for sea otters.

Keepers describe Moea as calm, confident – and say she loves her breakfast.

Following some time behind-the-scenes and a wellness exam by Associate Veterinarian Dr. Kadie Anderson, keepers worked to gradually introduce Moea to Libby and Sekiu, and get all three otters comfortable with each other.

“She’s a pretty easy-going and calm otter, confident around her caregivers and curious to explore her habitat,” Somerville said. “She enjoys her food and enrichment.”

And her favorite food?

Libby also is a rescued otter. She came to Point Defiance Zoo & Aquarium from Monterey Bay Aquarium in 2011 when she was only a few months old. She was just 24 hours old when found abandoned.  Sekiu, who will be 7 on Jan. 14, was born at Seattle Aquarium in 2012 to mother Aniak, who also was born there, and father Adaa, a rescued sea otter.

None of the three otters at Point Defiance Zoo & Aquarium is releasable to the wild.

Sea otters rely on their thick fur to keep them insulated and warm, grooming it often to keep it waterproof. When it gets coated with something they can’t clean off themselves – like oil – they can lose the warmth they need to stay alive in cold North Pacific waters.

Preferring coastal waters, sea otters can be found from Alaska to California. They are endangered, having once been hunted nearly to extinction for their fur. Otters are still at great risk from oil spills, parasites that wash into the ocean from storm drains, and plastic ocean trash.

They are vital for the health of coastal ecosystems, particularly kelp forests like those of Puget Sound and Monterey Bay, as they love to eat the purple sea urchins that would otherwise devour these forests completely.

Sea otters are very social creatures, living in groups of up to 100 in the wild. The otters at Point Defiance Zoo & Aquarium are no exception: Libby and Sekiu love to play, swim and cuddle with each other.

In a happy coincidence, veterinary technician Lauren Miele, who assisted at Moea’s wellness exam, worked with the otter at Monterey Bay.

“She’s so lovely!” Miele said while cleaning Moea’s teeth during the exam. “Whenever I walked past her habitat she was always the one lifting up her head to say hi! I’m so excited we’re together again.”

For more information, go to www.pdza.org. 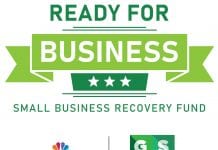 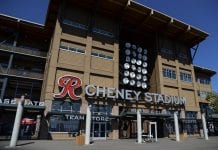 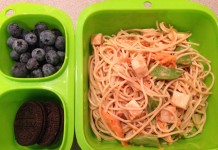 Dinner’s Ready For Kids Through YMCA