Home History Fort Nisqually’s History has Many Chapters, Some Still Yet to be Written
Facebook470Tweet0Pin0

Almost 100,000 people each year find themselves immersed in the 19th-century fur trade when they venture through the gates of Fort Nisqually. The admissions counter is the entrance to a time machine that transports visitors to the time when the Union Jack – rather than the Stars and Stripes – flew over the land.

Everything on the site is either a reasonable replica for the period or an actual building from when Fort Nisqually was an outpost for the Hudson’s Bay Co. (HBC), almost 200 years ago. In a quirk of history, however, the post has served as a tourist attraction at Point Defiance for longer than it was in operation in what is present-day DuPont (where it was originally located despite its present location). That fact is just part of its colorful history.

Fort Nisqually is an important milestone in the history of the Pacific Northwest since it was the first, non-Native post on the Puget Sound. Established in 1833 on land overlooking Puget Sound, the Hudson’s Bay Co. post became a hub of the international fur trade. The British-run operation expanded a decade later when HBC created its subsidiary, the Puget Sound Agricultural Co., and moved the fort to a prairie farther inland. Workers at the fort raised grains, sheep and cattle to feed the rising tide of white settlers coming into the area as well as for sale around the West Coast and the Pacific Rim. The area had people from around the world, including Russians, English, Americans, Pacific Islanders, French Canadians, and of course, Native Americans, most notably the Nisqually, Steilacoom, and Puyallup Tribes.

Officially, the Pacific Northwest was “disputed territory” between England and the United States until the treaty of 1846 set the international border at the 49th parallel, the current U.S.-Canadian border. That agreement put Fort Nisqually well inside of America. That reality, and the falling demand for fur, led to the fort closing in 1869.

The U.S. paid HBC $650,000 for Fort Nisqually and all the land holdings held under the Puget Sound Agriculture Co. Some of the fort’s workers opted to stay rather than return to jolly old England. Chief among them was the fort’s last clerk, Edward Huggins, who became an American citizen and staked a claim on the property around Fort Nisqually. His family would then sell that land in 1904 to the DuPont Co., which would set up a dynamite factory and company town that bears its name to this day.

The Fort Nisqually buildings were simply abandoned and left to rot, only to serve as a side stop for people traveling from Tacoma to Olympia. That all changed when the nation was thrust into the Great Depression in the late 1920s.

Local business and civic leaders hatched an idea to put people to work and maybe spark some tourism traffic to Tacoma by moving the remaining Fort Nisqually buildings to Point Defiance. Led by the Young Businessmen’s Club of Tacoma and funded through President Franklin Roosevelt’s WPA program, which aimed to provide jobs as the Great Depression plagued the nation, work commenced.

Crews moved the Factor’s House and Fort Nisqually’s former granary and erected other fort buildings, palisades and walls to help define the historic space for living-history reenactments of life as it was in 1855. The buildings are historically significant because they not only are the only surviving HBC buildings in the United States, but the granary is the oldest building in the state. But more chapters of their storied history are yet to be written.

Metro Parks of Tacoma is working on further renovations and expansions of Fort Nisqually in preparation of its 200th anniversary.

“When planning for the next 20 years at Fort Nisqually Living History Museum, one of the most important things to consider is the need to diversify and expand the audience of the museum,” the park district’s planning documents stated. “The fort staff determined to target audiences they would like to see more involved at the fort, as visitors, program participants, docents, and potential donors. At the core are more racially diverse and inclusive audience, particularly those with families with young children and people who have ties to the fort’s history. The enhancements planned over the next 20 years will also enable the fort to attract general park visitors and bus tour groups. In addition to attracting these three key new audiences, it is important to continue to serve the current audience.”

Fort Nisqually’s original 1833 site is located on The Home Course golf course in DuPont. The 1843 site is located along DuPont’s Center Drive. It is marked with a historical sign, but is not open to the public. It is owned by The Archaeological Conservancy and under the management of the DuPont Historical Society, which has its own museum. The first official American presence in the region, Fort Steilacoom, came in 1849 and operates its own living history museum on land that is now Western State Hospital in Lakewood. 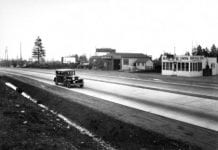 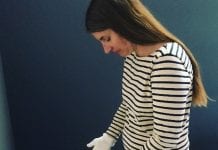 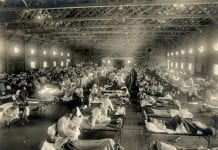