Noobs to live theater might think that performing in front of an audience without the benefit of any sort of prepared dialogue, costumes or sets would simply take a lot of courage and little rehearsal time. They would be wrong. The ability to think quickly about what to say, calculate where to take a storyline without a pause, and respond to the nuanced actions and expressions of the other actor tasked with the 30ish-minute roller coaster of performing without a script takes countless hours of rehearsal to build enough for the stage lights. The brain and body must exercise improvisational skills in much the same way as biceps need working out before they bench lift weights.

The Tacoma arm of Fools Play Improv stages performances at Tacoma Little Theatre most months, but its members rehearse several hours each week to keep their think-off-the-cuff skills sharp and train newer members how to craft a story from the start without knowing how the tale will end. Much of that work has to do with building trust between the actors, so they are less “actors doing a show” and more friends creating a story by playing off each other. Each rehearsal, for example, includes a personal “check-in” about everyone’s personal lives, their frustrations, their successes and their goals. Those chats can include some heavy and depressing stuff, so the actors make sure they let everyone else know what can be fodder for the stage and what can’t.

A caricature of a fish-microwaving coworker, a tie-wearing housemate, an unfiltered friend or less-than-woke family member might find its way on the improv stage.

“We all take from our own lives,” Josh Hird said, a member of Fools Play since back when he was in high school.

Hird joined Fools Play in 2007 when the troupe was already more than a decade old. The troupe formed in 1994, when the double set of brothers Michael and Christopher Harris, and Geoff and Edward Gibbs, first started staging improv shows at Tacoma Little Theatre in 1994.

Fools Play alum include some familiar names, such as Kristopher “the Sonics Guy” Brannon, Tacoma Musical Playhouse’s go-to guy Joel Larson, many of the drivers behind Dead Gentlemen Productions The troupe has expanded to have two crews in regular rotation, one in Tacoma and one in Olympia, with many of the founding members still involved 27 years after it all began. Hird handles the booking, marketing and business side of the Tacoma cast as well as hosts the weekly rehearsals in his house.

He has rehearsed, performed, critiqued and trained all things improv for more than a decade with Fools Play for a simple reason. The role-playing gamer is questing for the theater version of the Biblical Holy Grail or the “One Ring” from J.R.R. Tolken’s famous books.

“The performance is what I really like,” he said. “For me, it is like chasing the perfect performance, which I know I’m never going to have.”

Other performers, all self-proclaimed introverts, dedicate their hours of rehearsal and performance for other reasons. Liz Favreau joined three years ago, after moving to Tacoma from New York, where she was also in an improv group.

“When I moved here, I had to find ‘my people’ and make friends doing things I love,” she said. “This is my social life.”

Paula Davidson joined just three months ago and uses the performances and rehearsals to help sync her facial expressions and body language with what she is truly feeling since she admits that she has “resting smile face” regardless of her mood.

“I wanted to practice life without consequences in an uplifting light,” the apprenticing Fool said.

The cast of Fools Play has just two principles for the performances: have fun, and don’t be afraid to be bold or go into themes. They don’t intentionally dive into deep topics or hot-button issues, but they also don’t intentionally make their scenes comedic during their freeform storytelling.

“We give ourselves permission to ‘go there,’ but I like to find some comedy in even heavy skits,” Hird said. “If I’m going to go heavy, I want to examine the humanity of that character.”

The troupe will hold auditions on March 15 and have its next performance at 8:00 p.m. on April 11 at Tacoma Little Theatre. Shows take place monthly throughout the year with occasional skipped months. 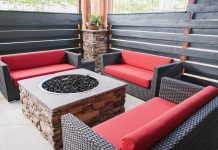 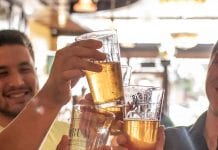 Protected: Experience the Sophisticated, Neighborhood Vibe of The Forum in Tacoma 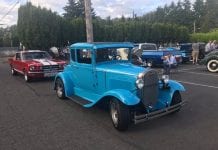 Protected: Mrs. Turner’s Hometown Café in Puyallup Is a Home Away From Home 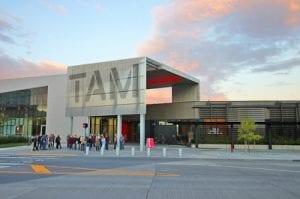