Matthew Hanshaw is a medevac pilot for Airlift Northwest; combining his passion for flying with the satisfaction that comes from being an integral part of a team saving lives in the sky daily.

Matthew flies a Pilatus PC-12 NG (NextGen) turboprop single-engine aircraft. Airlift Northwest brings critical care wherever it’s needed. They transport critically ill patients to the hospital where the services they need are available, whether it is for an organ transplant, burn treatment, neonatal intensive care (NICU), or any other specialized services.

As the pilot, Matthew is briefed on the general nature of each patient’s condition and any details that might be relevant during the flight to the destination hospital. The receiving hospital must have agreed in advance to accept the patient. There can be no surprises. It’s not like showing up at an ER. There is a complex process to ensure that everything is in place for a smooth transfer both for the patient’s and the flight crew’s safety.

ICU in the Air

“Airlift Northwest aircraft have equipment on-board that’s typically only available in the best hospitals, including balloon pumps, isolettes, blood and plasma on every flight,” says Mathew. A minimum of two RN flight nurses is on-board for each patient. They are required to have a minimum of five years of experience in adult or pediatric Intensive Care Unit experience. The team may include a perfusionist (a technician who operates the heart-lung machine), doctors and others. The UW Medicine team provides lifesaving medical evacuation or ‘medevac’ services in its partnership with Airlift Northwest.

“Harborview is a Level One Trauma Center. But it is one of — if not the only one in the US — that doesn’t have a helipad,” says Mathew. “So, the helicopter literally lands on the parking garage, across the street from the hospital and then they still have to get an ambulance to drive them two blocks to the hospital.”

A harrowing story that Matthew shared involved a flight with a patient being transported to the Bay Area who became agitated and out-of-control somewhere over Oregon. Thankfully, the plane was able to land safely in northern California and the flight nurses were given backup support by local emergency medical technicians (EMTs) to assist them in physically managing the situation.

Interestingly, even though these are all medical emergency flights, anyone boarding must also be cleared from the No-Fly List. Matthew transported an infant recently whose mother was on the No-Fly List. Aware of her status, she had begun driving herself and the rest of the family toward the hospital even before the plane lifted-off with the baby on-board.

Matthew’s career in the air began as a commercial pilot in Alaska with RavnAir, a regional passenger and cargo airline. “The second biggest to Alaska Air,” Mathew says. He was flying up to 14 hours at a stretch, across the boundless, frozen terrain. He understates the essentials that math, map skills, and a good sense of direction are important for becoming a pilot. During this time, he learned a lot and has no regrets about taking that first opportunity to fly after becoming a commercial pilot. It was not glamourous and certainly not a get-rich-quick opportunity in Alaska—no Gold Rush. He was initially earning just $65 a day. His schedule was two weeks on (14 hours flying a day) / two weeks off. He was laid-off when COVID-19 was declared a pandemic in March; then RavnAir filed for bankruptcy. Matthew had already begun applying online for other positions.

Less than a month had gone by since leaving RavnAir when he received a phone call from the program manager for Airlift Northwest.

When that call came in, Matthew and his longtime girlfriend Tabatha Hayes were running late for an appointment. She signaled him to wrap it up but he continued talking.

Matthew briefly considered becoming a pilot for Customs and Border Patrol in Arizona and New Mexico but found the 125-page background check application ludicrous. “I’m done,” he said. “I’m not doing it. It would have been right on the border but there was a slight possibility it would have been in Puerto Rico.” That possibility had some appeal to him and Tabatha.

Just then, Airlift Northwest offered Matthew a job based in Yakima. First, he’d have to go to Denver for training. Off to Denver!

As the pieces of his commercial flying career have come together, before Matthew completed the training in Denver, he received another call from Airlift Northwest. They had an opening in Seattle. Was Matthew interested? Absolutely!

Matthew’s flown as many as three flights in a day’s shift since being stationed at Boeing Field while the couple makes their home in Yelm now.

Matthew was only weeks away from graduation from Woodrow Wilson High School when a guidance counselor called him into the office and pinned him down about his future plans. Matthew was undecided. The counselor whipped out an A-Z list of careers. When Matthew reached pilot on the list, the guidance counselor said, “You can go to Clover Park.” That was eye-opening.

As the youngest in a family of four boys, his parents both worked hard to support their family. Today his dad, mom and all his brothers are super-proud of him and the career he’s chosen to make a lifesaving difference for others.

Their home was a block from Titlow Park and Lodge. The boys grew up with a love of nature living next to Puget Sound, the beach, the park and the mountains too. With Steamer’s Seafood Cafe at the edge of the park, Matthew worked there as a waiter, in the kitchen and eventually as a manager to pay his way through the Aviation Program and become a professional pilot at Clover Park Technical College.

A career in aviation doesn’t come cheap! At first glance, the program cost and tuition looked doable. But when Matthew discovered flight time was $140 an hour, it was out of reach. He couldn’t complete the two-year training program from start-to-finish in two years’ time. He had to stop and start again when he was able to have saved up money to pay his own way. He had some help from family but also required student loans he’s still paying on.

It seemed hopeless, but he asked his credit union if they might consider granting him an increase in his line of credit and BECU raised it to $15,000. He was in disbelief, but so grateful. That made it possible for Matthew to finish the training and earn his commercial pilot’s license.

Each day Matthew Hanshaw’s view of his childhood home, Puget Sound and Mount Rainier are spectacular from the cockpit of the Pilatus PC-12 NG. He wistfully says while motioning toward the instruments in the control panel of the cockpit, “If I can learn to use all of these, I wish others could just learn to use their blinkers.” 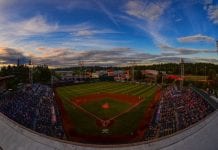 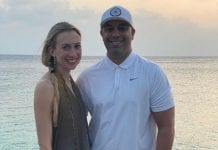 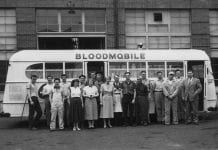