Join us at The Grand Cinema as we present OPHELIA on Tuesday, August 20 at 1:00pm and 6:30pm. There will be a Skype Q&A in-theater after the 1:00pm screening with author Lisa Klein, upon whose novel the film is based. A former English professor, Lisa Klein is the author of five historical novels for teens. There will also be a discussion following the 6:30pm screening with Emily Rome, who has written about film and television for multiple national publications.

OPHELIA is a reimagining of Hamlet told from Ophelia’s perspective. The queen’s brightest lady-in-waiting finds herself drawn to Hamlet, the charismatic and elusive crown prince. As their secretive love affair takes flight, betrayal strikes the court, threatening to derail their union and devastate the royal family for good. 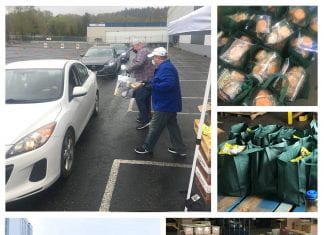 The COVID-19 pandemic has caused a massive disruption to supply chains around the country, and many organizations are left with excess...