Park(ing) Day is an international activism project where people around the world repurpose parking spaces into tiny parklets. On September 17, tune in to Downtown On the Go’s (DOTG) Facebook page to listen to us discussing transit related topics with transit advocates, local officials, and others! We’ll be “taking over” a parking space in Downtown Tacoma, and hope that you will follow us as we stream the conversations live at facebook.com/downtownonthego

The parklet, sponsored by Spin and BCRA Design, will be active from 11 a.m. to 1 p.m. on September 17. Parklets around the world are available on the Park(ing) Day website’s map. The 2005 San Francisco parklet that marked the first Park(ing) day was a lawn, a 15-foot-tall tree, and a rented park bench in a parking space. In years following, Park(ing) day, an original concept by Rebar, became an international event celebrating human-use spaces.

Downtown On The Go has celebrated Park(ing) day for several years, assisting other local organizations with setting up their own parklets. Last year, we hosted a virtual Park(ing) day of online panels of local advocates. This year due to the ongoing pandemic we have instead opted to minimize public interaction and instead host advocates in a virtual space, while still physically occupying a parking space.

We encourage you to engage with us and the worldwide Park(ing) Day community by following us on social media and by using the hashtags #downtowntacoma and #parkingday. We will livestream the interviews with advocates on Facebook, and the recordings will be available after the event. 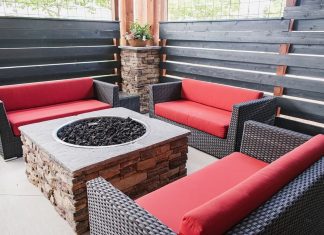 Launched in 2020 within Tacoma’s newly renovated Westgate locale, the comfy, casual vibe of Cooper’s Food and Drink makes it suitable...