Join us at The Grand Cinema for a screening of THE QUEEN (1968), restored just in time for our annual Pride Film Series on Wednesday, July 17 at 1:45pm and 6:45pm in partnership with Tacoma Pride Festival. Join us as we celebrate diversity through these independent films that highlight LGBTQ+ experiences and stories.

In 1967, Jack a drag queen known as Sabrina is the mistress of ceremonies at a national drag queen contest in New York City. The camera goes behind the scenes, recording the rehearsals leading up to the contest, the conversations in the dressing room (about draft boards, sexual identity and sex-change operations, and being a drag queen), and the jealousies that emerge before and after the competition. Jack introduces us to Richard, a young man who becomes Jack’s protégé. As Miss Harlow, Richard enters the contest. One of his principal competitors is Miss Crystal, who’s from Manhattan. Who will win the crown?

Find the trailer and tickets at https://www.grandcinema.com/films/the-queen/ 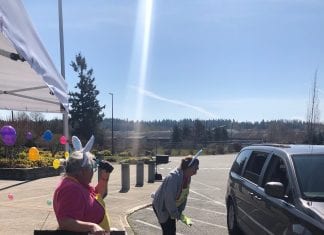