Event Location
Schneebeck Concert Hall, or tune in at PUGETSOUND.EDU/SCHNEEBECKLIVE. 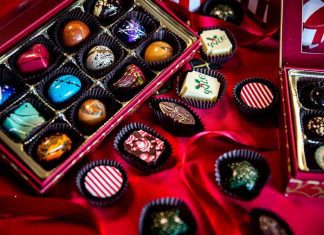 In the heart of downtown Olympia, Bittersweet Chocolates draws shoppers with a sweet tooth from across the Pacific Northwest. As a local chocolatier,...