Everywhere you turn today you run into examples of robotics at work in our world. School robotics teams are becoming more and more popular. Drone aircraft are becoming common place. And, Japan even announced recently the opening of a robotic tended farm. Robots are here to stay. And in the majority of cases, these automated, programmable machines are making lives better, safer, and more efficient all around the world

The medical field is no exception. Robotic advancements in medicine have allowed doctors to perform a variety of procedures with increased accuracy while improving recovery times for patients. One such example is robotic-guided spine surgery using the Mazor Renaissance® Guidance System. This small but mighty robot helps surgeons increase precision over traditional free-hand surgeries using 3D imaging and pinpoint guidance for incisions and surgical implant placements.

The Mazor Renaissance® Guidance System is in use throughout the nation with great success. However, the first robotic-guided spine surgery in Washington state was performed just four months ago by Dr. Andrew Manista, an orthopaedic spine surgeon at Olympia Orthopaedic Associates. Dr. Manista performed this first breakthrough surgery at Capital Medical Center on October 16, 2015.

“What’s so exciting about this new technology is how it allows me to do the type of surgery I love to do with increased precision,” shares Dr. Manista.

Dr. Manista performed two surgeries using the Renaissance® system that October day with tremendous success. Since the initial surgeries, Dr. Manista has performed more than 44 robotic-guided spinal surgeries with an additional 16 performed by his colleagues Dr. Clyde Carpenter and Dr. Yoshihiro Yamamoto. And, with the tangible improvements for patients and surgeons using Renaissance®, you can be sure there will be more in the future.

The benefits of robotic-guided surgery for both patients and physicians are many. Most notably are increased precision and decreases in the margin for error while placing screws during surgical procedures. “Surgeons have placed over 100,000 screws using this technology, with accuracy of 98% or greater,” shares Dr. Manista. By more precisely placing screws, there is a decrease in potential long term nerve damage and complications. In addition, exact, robotic-guided screw placement, helps facilitate smaller incisions, and therefore faster healing.

Using the robot in the operation room shortens time in surgery for physicians and nurses as well as cuts down on the amount of bulky equipment needed, allowing more elbow room for the medical staff. Along with shorter surgeries comes less anesthesia for patients and reduced time with open wounds, lowering the chance for infection.

Another benefit of the precision guidance is a reduced need for fluoroscopy (an x-ray “movie” used during precision surgery). “Using the robot allows our surgeries to be minimally invasive, with greater certainty, and less radiation,” says Dr. Manista.

Prior to all spinal surgeries, extensive planning is done using imaging and coordination among the surgical team players. The Mazor Renaissance® Guidance System is now a part of the team.

A pre-operative blueprint of the patient’s spine is created using 3D imaging captured by doctors and the Renaissance® software. The 3D modeling allows surgeons to plan for a patient’s unique anatomy, any previous surgical hardware or deformations and, the proper sized implant. The team can essentially do a “dry run” of the procedure in virtual reality prior to the actual surgery.

At the start of surgery, the robot “pairs” the pre-operative plan stored in it’s software and the physical location of the patient’s spine. Once the blueprint and physical anatomy are linked, the robot’s job is to guide the surgeon’s to the precise location of each incision or hardware placement.

Renaissance® is small, but is able to create big results. Fitting into the palm of your hand, the robot includes several “arms” for doctors to select from based on the surgical procedure. The surgeon then instructs the robot where to go next, for example to the L6 vertebrae, and which arm to select. This precise system ensures the surgeon, with the robot’s help, is following the plan exactly.

A music and double bass performance major in college, Dr. Manista shares a musical analogy to help illustrate how the surgery plays out. “Surgery is like a symphony with a first, second, and third movement. The first and second movement go quickly but the third movement is the hardest and longest – placing the hardware,” he says. “The Renaissance® makes the third movement take so much less time and flow more smoothly for everyone.”

The Spine and Neurosurgery group at Olympia Orthopaedics Associates, and others throughout the nation, are collecting data with each surgery. The current results reflect:

“This technology is quickly becoming the standard of care because of the precision,” explains Dr. Manista. “It allows us to reach goals in patient care set by our founders over 30 years ago. It’s truly a game changer.”

Dr. Manista and his colleagues at the Oly Ortho Westside Clinic are happy to share more about the Mazor Renaissance® Guidance System and help you learn if it’s right for your needs. 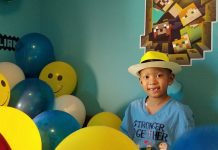 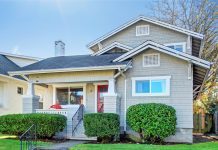 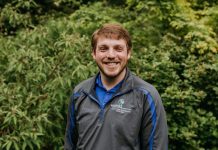