SouthSoundTalk’s top stories from the year’s spookiest month include some of our spookiest stories, including tales of kidnappings that have haunted Tacoma for decades. But scary tales aren’t for everyone and your favorite posts also included plenty of top community news from where to borrow tools to where to shop for your kids.

Read on for October’s top stories!

1. Join the Tacoma Tool Library and Borrow the Tools You Need

With a constantly expanding inventory of tools and a newly organized space in the Lincoln District, the Tacoma Tool Library operates like a traditional library, but instead of borrowing books, members borrow and share tools. Tacoma Tool Library is now recruiting new members to further their mission, expand their reach and promote tool sharing throughout Tacoma. This post from a LocalTalk contributor tells you all about this great community resource.

Tacoma had its fair share of famous kidnappings that were big news at the times they occurred. They have largely been forgotten to history, but they changed Tacoma in their own ways. One marked the turning point in pioneer history, one exemplified the crime, and one remains officially unsolved, but is often linked to an infamous serial killer.

The store is well organized and easy to navigate. Photo credit: Kristin Kendle

Folks don’t lie. Kids really do grow like weeds. Give it a week (or two or three) and any given baby, toddler or small child will need a new wardrobe or a new car seat. Or maybe they outgrew that stroller that cost $500. It’s just how it goes and it’s not too tough to break the bank. The solution? Buy secondhand! Learn all about one of the best places in town to shop secondhand – Children’s Trading Post in Lakewood.

All dogs deserve a chance to run. It’s good for their health and spirit. But many urban hounds today do not have the space at home to get a daily run and need a nearby park with an off-leash dog area. Despite the large number of dogs in Pierce County, there was no such place within the county until SUNDogs was formed. 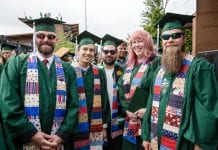 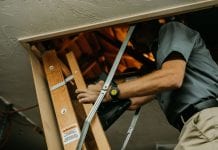 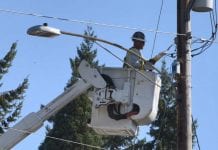