Ski to Sea is not an event – it’s the event. It exemplifies the culture of this region, even as it encompasses more miles than any other local gathering. Its expanse is awe-inspiring, covering 93 miles over 7 legs. And there’s no other regional happening with this scale of participation: 800 volunteers and thousands of racers.

The race has grown from 177 people and 50 teams in 1973 to 2,820 competitors and 358 teams in 2018. Ski to Sea has become a national and international draw for Western Washington, bringing in sport-and-recreation enthusiasts from near and far.

The race is always on the Sunday of Memorial Day weekend. In 2019, that will be May 26. Race legs include cross-country ski, downhill ski/snowboard, road run, road bike, canoe, cyclocross, and kayak legs.

This year, Whatcom Events, which has hosted Ski to Sea since 2011, is offering incentives to the next generation of racers: free entry for 20 high school teams. “Clearly, they’re really the future of the race,” says Anna Rankin, Ski to Sea Race Director and Executive Director of Whatcom Events. “Even once they have the registration fee covered, they still have to handle equipment and logistics.” The Board of Directors wants to give these teams a boost, inviting more high schoolers to join in the process.

But don’t go thinking these high schoolers are “just kids.” Last year, Kid Goats, a team from Mazama/Winthrop/Twisp, won their division and placed 19th overall. These young teams are in it for the win.

The multi-leg option, which was new last year, returns in 2019. And although teams must have a minimum of three racers, some (or all) can participate in more than one leg, with a maximum of three legs per racer.

This is one way to pursue additional challenge, something returning racers often desire. Or there’s the car-free division, in which no motorized conveyance is permitted. Instead, teams and their support haul equipment on bike-pulled trailers. In preparation, Ski to Sea planners asked experienced mentors to help new car-free racers with logistics and planning, including trailer building.

Watching racers challenge themselves is the best part. And every team has a story. Michael Mallory and his three sons – Ryan, Cannon and A.J. – joined forces under the team name Michael and Sons last year. The group raced together in the family division and were the first registered team of four to ever compete in Ski to Sea. They placed third in the Family division.

Anchorage cross-country skier Kikkan Randall competed in 2017 and 2018. That first year, Randall came in first overall in cross-country skiing, the first female to do so in any sport since Whatcom Events has hosted the race. In 2018, Randall represented the United States at the Pyeongchang Olympics. She and her partner won our country’s first ever gold medal in the sport!

To keep it interesting, Randall and her husband, Canadian ski racer Jeff Ellis (who also competes in Ski to Sea on a different team), made a bet that if she won overall, he’d wear her racing suit the next year; a tight-fitting pink-and-white jumpsuit. In 2018, he did. Randall is 5’5”. Ellis is…not.

But before you let pro stories intimidate you into staying home, newbies are not only welcome, they’re the largest segment of racers. From her research, Rankin notes that “approximately 40 percent of people who do the race every year have never done it before.”

From newbies to experienced racers, Ski to Sea is an inclusive race. Racers start on the mountain at 7:30 a.m., and the last boat must be off the water of Bellingham Bay by 6:00 p.m. that evening. This begs the question of how a team that needs 12 or more hours to complete the race can even participate. Fortunately, there are early-release measures at each leg that allow team members to be sent ahead with a new chip for total times to be tallied later.

Any racers who need accommodations should check the race page for information and contact the organizers. Volunteers are on hand to help assist racers of all styles, types and needs. There are 700 race day volunteers, and just under 2,900 racers; that’s one volunteer for every four-and-a -half racers. There’s lots of help around, whether racers, support crews or spectators need directions, medical care or assistance with equipment.

To improve the spectator experience, changes are afoot at Ferndale’s Hovander Park. Whatcom Events is applying for a beer garden permit and will have a food truck at the park, encouraging the community to linger and enjoy. This is where canoeists come in and cyclocross bikers begin, making this area particularly fun.

Participants come from all over Canada and the U.S., and some have even come from as far as Norway. In 2023, Rankin has a big goal. It will be the race’s 50-year anniversary and she’d like to convene 50 teams from 50 states.

At heart, however, the race is local. It’s made possible by this remarkable community and organizations like the Boy and Girl Scouts, school and church groups, HAM radio operators, local police, and sponsors like Peoples Bank.

Ski to Sea unites professional athletes and novice racers on one course, making room for the young, the old, the trying, the flying, and the rolling. If that isn’t a beautiful reflection of what it’s like to live in this region, I don’t know what is.

Registration will be open until May 23, but the price goes up on March 1. Early registration receives a $50 discount, costing $599 per team.

For those interested in the car-free division, Ski to Sea organizers and veteran car-free racers are giving a presentation at Kona Bikes on February 27 from 6:00 – 8:00 p.m., which will include a slide show and a discussion of logistics. 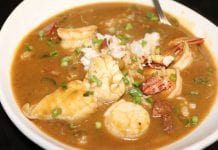 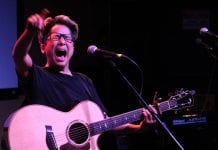