Whether your Pierce County town is next to the salty shores of the Puget Sound, or up against the majestic mountains, the town you live in has a cool story that lead to how it got its name. While many of us go about our day-to-day routines driving around the cities, we

felt it was time to slow down and look back, showcasing the rich history and reasons for which each town or city gained its modern name (which is important to note as many areas had Native names long before their modern names came into existence). Let’s take a look at five of the communities which we call home.

Tacoma is Pierce County’s largest city and the third largest city in Washington State. Tacoma also is one of the older towns in Washington State. Settled in 1852 by a Swedish settler Nicholas Delin, the original town was nothing more than a water-powered sawmill near the head of the bay. Over the next few years, the small town grew slowly but then almost vanished during the Indian War of 1855-56. In 1864, a Union Army veteran by the name of Job Carr spotted a small lagoon that he thought would be a great place for a town. He named it Eureka and hoped to build a city there. A few years later, he sold most of his land to Morton McCarver, who knew a subcontractor for Northern Pacific Railway. First called Tacoma City, it wasn’t until 1884 that the city adopted its name in honor of nearby Mount Tahoma, the local tribe’s word for what we now call Mount Rainier. Tacoma got the nickname as the City of Destiny in the late 1800s because the area was chosen to be the western terminus of the Northern Pacific Railroad. From there, the town was off and running, seeing good times and bad over the next 130+ years. More of Tacoma’s history can be discovered here.

While Puyallup is a fun name to hear out-of-towners attempt to pronounce, the name was almost much easier to say. When the town was first platted in the 1850s by Ezra Meeker, whose mansion can be seen downtown today, the community was named Meekersville. A few years later, when the growing community got a post office, the name was changed to Franklin, but that was short lived. In 1890, when the town became incorporated, the native name of Puyallup was used to recognize the displaced Puyallup tribe. For those curious, the name means “the generous people.” Today, the city of Puyallup has roughly 40,000 residents.

Near Joint Base Lewis-McChord is the community of Lakewood. While it was only recently incorporated in 1996, this town has nearly 60,000 people residing within its borders, making it the second largest city in Pierce County. While the town itself is young, the community has been known as Lakewood since the 1920s, describing the lakes and forests in the area. Besides the military base, Lakewood’s most famous attraction may be the Thornewood estate, which consists of three buildings, including Thornewood Castle, built from the brick of a dismantled 15th century house imported from England.

West of Tacoma, University Place – known fondly as “U.P.” – got its name in a pretty simple way. While today U.P. is home to over 30,000 people, incredible views and the Chamber’s Bay golf course, the area was meant to be a college town. In 1895, the land was plotted by the University of Puget Sound, after purchasing land along Grandview Drive. The school hoped to build a new campus there, but ended up selling the land back to the city. University Place remained an unincorporated part of Pierce County until August 31, 1995, when the City of University Place was formed.

Founded in 1854, Steilacoom is yet another of the oldest towns in the region, becoming the first incorporated town in Washington State. While the small community has a history much longer than that, the town was started by Lafayette Balch, a sea captain from Maine. According to the Legacy Washington program, which attempts to capture and document the history of the state, the town’s name is derived from an Indian word meaning “little pink flower.” Another version is that it was named by fur traders with the Hudson’s Bay Company and is an adaptation of Tail-a-Koom, the name of a local chief. The Town of Steilacoom says it was named after the Steilacoom tribe, which had a village named Scht’leq’um, which was said to be anglicized as Steilacoom. Despite the mystery on the name, Steilacoom grew quickly, seeing the state’s first jail, oldest Catholic Church and the first sawmill. Today, the town has just over 6,000 people. 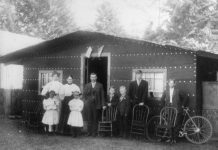 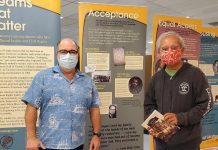