Personal care, grooming and spa services are popular, and for years the majority of these treatments have been marketed almost exclusively toward women. With the rise of specialty barber shops that offer things like hot towel shaves and more upscale grooming services, it’s clear that there’s a market for men to treat themselves as well.

One area where the men’s grooming trend is quietly expanding is waxing.

According to Rose Nunn, owner of One Woman Spa, men want to receive wax treatments for the same reasons women do. Those reasons range from personal preference, the preference of their partners, or because of the aesthetic appeal of being hair free on certain areas of their body.

Still, Rose insists, when most people think of men and waxing, they tend to believe men only get their backs and chests waxed. Contrary to what may be a popular opinion, Rose says there’s another area that men get waxed far more often.

“The brazilian is common, but not talked about with men.”

The brazilian – sometimes called a brozilian or manzilian when done on a man – is a wax treatment that is done in the area commonly referred to as the bikini area.

“The brazilian was sort of normalized for women from being talked about on Sex and the City,” Rose continues.

Although it might not be something many people are open about, Rose went on to say that One Woman Spa does more male brazilian wax treatments than chest or back waxes. And, Rose says, it’s still an aspect of men’s personal grooming that is so surrounded in fallacy that her business is one of the only spas in the area that does male brazilian waxing.

“There’s this big misconception that men schedule brazilian wax appointments to try to take advantage of their esthetician,” says Rose.

Another assumption is that maybe the male brazilian service may cost more, but at One Woman Spa it is the same price for men and women, and it takes about the same amount of time to perform the wax on either gender.

Rose says she does do a lot of back waxing and while that service is more popular in the summer, the brazilian is popular year round. Besides the back and brazilian men’s waxing services, other areas men get waxed are the nose, ears and some men prefer to have hair free legs during the summer.

One thing Rose says she advocates is educating all her clients, both male and female, about the importance of continuing a wax care routine. She says it’s an essential piece in order to remain breakout free between appointments, especially for back waxing.

“Men tend to breakout almost 100% of the time the first time they get their backs waxed.”

At the South Tacoma spa, they sell a body wash and blemish control gel, which she advocates that men use at home between waxing treatments.

“If I can get a man to take and use his home care products, I will give him a wax for free,” she continues.

Another good rule of thumb, according to Rose, is to stick to a regular wax schedule. Doing so will guarantee the hair gets on one growth pattern, rather than growing in various stages.

“One of the things to educate with waxing, whether the client is male or female, is to maintain a continual wax schedule.”

One Woman Spa specializes in speed waxing, meaning it takes less time than the industry standard. A way Rose says they achieve a quicker wax at the spa is by using a disposable large wax spatula to apply the wax.

Another key to speed waxing is using a high-quality wax. The higher quality wax ensures that the esthetician can apply the product to a large area of skin at once and the wax won’t dry out or become difficult to work with. The product used at One Woman Spa is a luxury wax line called Berodin depilatory wax. Additionally, Berodin has a post wax product that they also carry and sell at the spa, too.

Of course, with the warmer weather just around the corner, many people might be considering getting waxing services. Rose says it is the busier time of year for waxing services, but assures that it’s easy to get in for appointments, especially since she recently hired a new esthetician as well.

“This is the time to start a waxing routine if you want to be hair free for summer.” 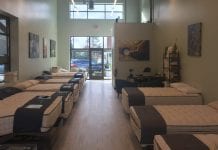 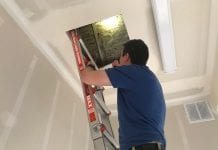 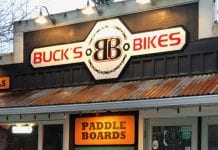 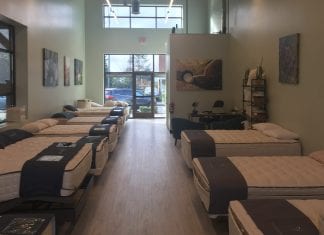 The Top Three Places to Adopt a Pet in Pierce County