Whatcom Events is probably best known for their management of the Ski to Sea Race, but they tackle several other events in Whatcom County, too. In the process, they convene community, giving participants great stories and accomplishments of which to be proud. They also help fund several local nonprofits from food banks to Lydia Place, to the Girl and Boy Scouts. Whatcom Events is humble about their accomplishments, but they have every reason not to be.

Whatcom Events came together in 2011, taking over Ski to Sea for the Chamber of Commerce, who had decided to relinquish it. In the last seven years, they have continued to grow Ski to Sea, taken on new events, and created a sustainable model for community engagement and support. What began as a small Board of Directors, a Race Director, and three Western Washington University interns, has evolved into a staff that includes the Executive Director (who also acts as the Race Director), an Assistant Race Director/Volunteer Coordinator, an Equipment and Special Events Coordinator, and a full Board of Directors.

Anna Rankin, their Executive Director, explains the heart of their mission, “We want to get people out recreating, continue to make the events that we put on sustainable, and have a portion of the proceeds of those events go to local nonprofits.” What’s not to love about that?

They receive help in the form of grants, such as tourism grants from both the City of Bellingham and Whatcom County, and each event has their own sponsors. “It takes a village, and we live in the best village,” Rankin says. “It’s not just us, this takes the whole town coming together.”

These events also drive significant funds into our region through tourism. Together they use and pay for services in the hundreds of thousands of dollars, which also benefits local businesses. Ski to Sea alone costs about $307,000 and a significant portion of that money stays inside Whatcom County. For example, in 2018, Whatcom Events paid law enforcement $39,000. From equipment rentals to video and sound production, hoodie and T-shirt printing, and awards—much of their purchasing is local. Though the bibs are printed in Spokane, Whatcom Events makes every effort to source their needs locally. The result is a company that fulfills its mission year after year.

Whatcom Events is personally committed to the community. Rankin herself participates in one or two events every year and volunteers to help at the events of her fellow Race Directors. Last year she participated in the Lake Padden Triathlon (her first) and volunteered her time to the Lake Whatcom Triathlon and the Bellingham Traverse.

As an organization, Whatcom Events has overcome stumbling blocks, consistently put community first, and is on track to continue building what’s already a truly phenomenal thing – and Whatcom County is better for it.

Rankin, when asked about her work, smiles broadly. It’s clear she’s happy, and she says simply: “To work for an organization that does two of my favorite things—promotes recreation and helps other nonprofits—it’s a dream.”

This is the largest annual event in Whatcom County, with seven legs in a relay race that spans 93 miles. Teams are comprised of three to eight racers in seven sports. This event will see its 50th anniversary in 2023 and continues to grow every year, showcasing a variety of Whatcom County’s sports and terrains, which make our region so uniquely special. The minimum age for this event is 15.

Beneficiaries are too numerous to name, as each of the community groups who volunteer in various capacities receives a charitable contribution. This event is sponsored by Peoples Bank, PeaceHealth, Fred Meyer, and Mt. Baker Ski Area just to name a few. Registration is currently open.  More information is available at skitosea.com.

This social bicycle ride isn’t intended to be a race. It takes place on the third Saturday of July every year (July 20 this year). This year also marks its 13th event, taken over by Whatcom Events in 2013. The ride can be done as a 22-mile, 44-mile, Metric Century, or a Full Century Ride. The route goes all over Whatcom County. In 2018 there were over 800 participants. This ride is open to all ages.

The event has five rest stops, each run by a different nonprofit (which all receive charitable contributions for their efforts), and each stop is uniquely themed. Riders receive a token every year and a drink at the Boundary Bay after-party. Incite! Cycles runs the bike corral and is the beneficiary of this race. Sponsors include Dewey Griffin Subaru, Bellingham Grocery Outlet, Cascade Radio Group, and Boundary Bay Brewery. More information can be found at tourdewhatcom.com.

This beloved event was dormant for several years until Whatcom Events revived it in 2018 to satisfy community demand. Highway 542 is closed from Snowater Road in Glacier to Artist Point for the event, so that only cyclists are permitted on the road. The minimum age for this event is 15.

An impressive 4,098 feet of elevation are gained in an exquisite 22 miles on this ride. It’s capped at 450 riders, so early registration is encouraged. The beneficiary for this event is Shifting Gears. In 2019, the climb will take place on Sunday September 8 from 7:00 a.m. to noon. Cash Prizes are given to the first three overall finishers, male and female, and the first male and female of each of the four divisions receives a customized winner’s jersey. PeaceHealth is the Title Sponsor of this event. For more information visit bakerhillclimb.com.

This event highlights Bellingham’s trails and urban streets, and connects local breweries. It takes place on October 20 in 2019. The event launched in 2018, the brainchild of Jenny Schmidt of Boundary Bay, who worked with Whatcom Events to facilitate the event.

This is a 30+ mile untimed relay with teams comprised of 5 to 10 people. Legs range from one to six miles and each transition point is at a brewery. Teams are capped at 100 and last year they sold out. Costumes are encouraged, as there’s a costume contest with prizes.

There are 10 breweries along the trail which started at Lake Padden and ended at the Depot Market in 2018. Participants receive a pint glass and a free beer at the After Party. This is a 21+ event and the 2019 beneficiary is Lydia Place. Sponsors for this event include Ketchup and Mustard, Tap Trail, and Anytime Vans. Find additional information at trailstotaps.com.

Tour de Whatcom and Mt. Baker Hill Climb will open for registration in the spring and Trails to Taps registration opens in August. 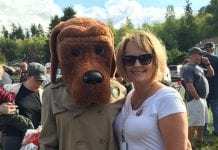 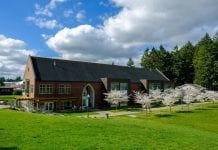 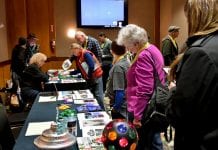 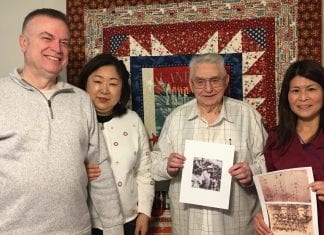