Shoppers at Kidz Kaboodle, the long-time children’s and maternity resale and consignment store on 6th Avenue, can now visit their expanded location at the Tacoma Mall. Green Child and Maternity opened just before Halloween and in time for the holiday shopping season with a selection of mostly specialty items such as holiday dresses for $25 in addition to everyday wear such as onesies for $1.50.

Business owners and mothers Nicole Adams and Katie Hesterberg frequented Kidz Kaboodle for their popular 25-cent sales and wide array of comfortable year-round wear for their three kids each. They bought Kidz Kaboodle two and a half years ago, but recently decided it was time for a secondary store without the hustle and bustle of customers selling, and designated Green Child to the retail side of things.

The commotion from buying from customers at Kidz Kaboodle includes taking in upwards of 30 large storage tubs filled with clothing and other items such as toys, books, equipment such as car seats and strollers, etc. every day. Most of it is casual wear like jeans and t-shirts.

Overstock and usable, but unsellable items worn away with holes or stains are sold in the 25-cent sale twice a week. Leftover items from the quarter sales are given away free to customers.

“Once a month, the rest is free. They don’t have to be a customer,” Katie said.

“A lot of them pick it up for their charity; they’re not necessarily taken for themselves,” Nicole added.

The quarter sales are one aspect of working toward zero waste. Both stores reinforce the idea that one less item of clothing manufactured and later disposed of is a step toward a less wasteful world and also saves customers money in the increasingly competitive apparel industry.

Secondhand clothing is not only cheaper, Nicole said, but pre-shrunk and broken in for you, as well as washed clean of excess ink and those “factory-fresh” chemicals.

“Our goal is to basically keep kids’ stuff out of the landfills,” Nicole said. “Secondhand is just as good as firsthand… What we do is try to find homes for everything.”

By introducing Green Child as another storefront, Nicole and Katie are able to sell the many items they acquire at Kidz Kaboodle and get them into the hands of parents throughout Tacoma.

“We thought, well, we’ve got enough stuff to fill two stores, it would be nice to have a store that’s just for people buying,” Katie said.

Nicole and Katie hope the new and like-new brand names at Green Child help ease away the stigma of buying used clothing. For many first-time visitors to Green Child, it sometimes takes a few minutes for them to even realize the clothing is secondhand.

For many others, especially regulars at Kidz Kaboodle, the opportunity to see what’s out there just can’t be passed up. Some might stop by three or four times a week to make sure they get the best stuff. Just like for Nicole and Katie, they never know what’s going to come in next.

When Green Child first opened, it wasn’t nearly as busy as Kidz Kaboodle’s reopening when Katie and Nicole bought it a couple years ago. Although it is getting more business as of late, it doesn’t have the same following.

“It’s just a lot of fun to run [Green Child]. I think it’s like a creative experiment as much as anything,” Katie said.

She said that if it doesn’t take off, they would consider selling Green Child to someone who can work it full time. One thing holding them back is the option to buy from customers at both stores, which requires too many hours from Katie and Nicole, who value time spent with their young children and families.

Either way, they appreciate the prospect of selling secondhand clothing to benefit both the consumer and the environment.

Green Child and Maternity is located at the Tacoma Mall next to Vans and across from JC Penney and has the same hours as the mall. Check out their Facebook page for regular updates. 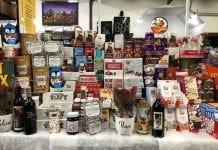 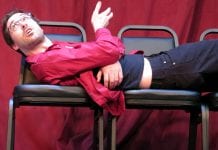 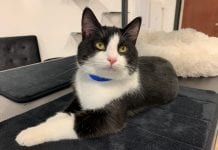