Competition categories have been expanded and now include short films (narrative, documentary, animation and experimental), feature films (both narrative and documentary), music videos, student films, films made by Washington State residents, and short screenplays. Six distinct awards will be presented with winners determined by a jury of film professionals and by audience choice.

With valid proof of residency, submission is free for Pierce County residents and discounted for Washington State filmmakers. In addition, filmmakers who reside in Washington State will receive two (2) festival ticket vouchers just for submitting.

“[We] had a wonderful time screening our film to a packed house as well as visiting with fellow filmmakers and enjoying the beautiful Pacific Northwest! The festival Staff was incredibly helpful and kind- this festival is not to be missed!” — D.J. Haye (Writer, Director, Editor, Producer)

The Destiny City Film Festival is a homegrown, true-Tacoma community event, inspired by our city’s nickname – The City of Destiny – and built to showcase the best independent films from the Pacific Northwest and beyond. Our mission is to use the power of vibrant cinematic storytelling to curate an engaged community audience for independent film. DCFF’s 9th Annual Festival is set to take place in February 2022. 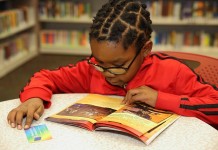 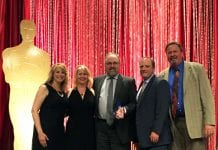