Home LocalTalk All in the Family: All Six Children in the Coward Family Have... 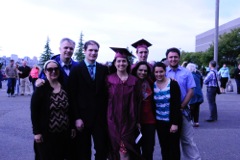 When Sharon Coward enrolled in classes at Pierce College’s Puyallup campus nine years ago, her parents didn’t plan to begin a long-time relationship with the college. It happened, though.

Sharon, 25, is the first of all six children in Allen and Nadia Coward’s family to graduate from Pierce College. Her youngest brother and sister, Jesse and Christina, walked in this year’s commencement ceremony and both plan to complete their required classes this fall.

In between, the Cowards’ other three children, Martha, Andrew and Matthew, also graduated from Pierce College.

“When Sharon started [at Pierce College], she would come home and share about her day, and her experiences with the instructors, staff and classmates,” Nadia said. “It seemed to be good experiences. The instructors cared for their students and they availed themselves to help students when they came to them.”

Nadia, who immigrated to the United States from Jordan, homeschooled all her children until they began taking classes at Pierce College through the Running Start program.

Sharon walked onto campus for the first time in fall 2005.

“I had no idea that I was about to embark on a life-changing journey, nor could I have fathomed the wealth of experiences I would take with me when I left three years later,” Sharon said. “Pierce College was my second home during my three years there, and its people became extended family. I’ll always be grateful for the things I learned during my time there and the dedicated instructors who taught me, the incredible friends I made and the experiences I had. I wouldn’t be where I am today without Pierce College as a stepping stone along the way.”

While Sharon was attending Pierce College, she encouraged her sister, Martha, to enroll. Soon the sisters were attending classes and working on the student newspaper together. Sharon earned high praise for her efforts in leading “The Puyallup Post” as editor-in-chief and her involvement on campus. She was named Outstanding Multicultural Student for the 2004-05 school year.

Even though Sharon graduated from Pierce in 2008, she didn’t leave the Pierce family. She worked for the college’s Marketing and Communications Department as a part-time writer and as a tutor in the Academic Resource Center while attending classes to earn her bachelor’s degree in education at Central Washington University-Pierce Country—at its location on the Fort Steilacoom campus. She currently works as a 7/8 grade humanities/reading teacher for the Bethel School District.

Martha, 24, also earned her associates in arts degree and graduated from Pierce College in 2008. She finished an additional year of prerequisites and then transferred to Tacoma Community College to earn an associate of science degree in nursing. Martha completed her bachelor’s degree in nursing at Grantham University in 2013 and currently works as an in-home pediatrics nurse with PSA Healthcare.

“For three years, it was like a second home,” Martha said. “I spent a lot of time there. Of all the colleges I’ve been to, it was so much more personable. During my time at Pierce, I met amazing, dedicated people.”

Matthew and Andrew began taking classes at the Puyallup campus shortly after their older sisters. The close-knit brothers sometimes took similar classes or joined in the same activities on campus.

Andrew, 22, graduated from Pierce College in 2010 with an associate of science degree and Central Washington University–Des Moines with an electronic engineer technology degree in June. He currently works for the Puyallup School District as an AVID tutor. He has worked for Pierce College as a lab technician and on the student newspaper.

“I was blessed with helpful, dedicated and highly enthusiastic instructors who encouraged me and guided me through the classes,” Andrew said. “Instructors have taken their time outside of class to help me understand the class content and have shared their own passion for what they teach. Their enthusiasm and dedication is what stuck with me during my journey through Central Washington University. The lessons I have learn in each class have remained with me until this day.”

Matthew, 21, graduated from Pierce College in 2012 with his associate of arts degree and University of Washington Tacoma (UWT) in June with his bachelor’s degree in information systems and technology. He worked as a researcher at UWT.

“It was really eye opening the first year at Pierce,” Matthew said. “However, the instructors were very inspiring and helped me along my educational path. By the second year, I was very prepared to learn and work. The instructors continued to encourage on my path all the way through my final quarter. Pierce was more than a college; it was a gateway and a great community that provided me with an opportunity to learn and improve my skills and who I am as a person.”

As the four worked toward completing their degrees at Pierce College, they were joined by younger siblings Jesse and Christina.

“Pierce College Puyallup has been a one-of-a-kind experience,” Jesse, 20, said. “It presented the environment, opportunities and resources I needed to succeed. The teaching staff was unforgettable. I also loved the landscape of Pierce; the work put into it is fantastic. The beautiful days among the college grounds were a great stress reliever. I am very happy and thankful to graduate from Pierce College. I will miss my time there. I hope others can enjoy Pierce as well for many years to come.”

An outstanding student and accomplished artist, Jesse entered his pencil drawing of a spider in this spring’s Student Art Exhibit.

When she was younger, Christina would visit the college when her mother picked up the older children. She dreamed of the day she would be able to take classes from some of her siblings’ favorite professors.

“I don’t know if I can explain in words what Pierce has meant to me,” Christina said. “I’ve known Pierce College since I was about 8 years old. I’ve watched each of my siblings go through and graduate, and I have had the unforgettable pleasure of experiencing Pierce with my brother Jesse.”

Christina, who works as a student ambassador at the Puyallup campus, often leads campus tours and speaks at new student orientation sessions. She advocates for the possibilities Pierce College offers.

“I have had the amazing opportunity to become a student ambassador, which I can honestly say has been one of the best experiences of my life,” Christina said. “I have been able to make lifetime friends at Pierce and have had some of the happiest memories of my life there. I have meet and talked to instructors who have inspired me to keep moving forward and not give up. Pierce has really been like a second home to me and it has made my life better.”

Her parents also value the college’s importance in their children’s lives. “[Pierce College] means an education for my children,” Allen said. “It has meant the opportunity for the children to get a degree…I am grateful.” 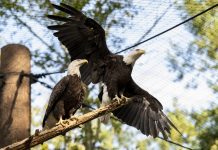 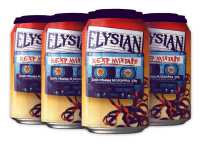 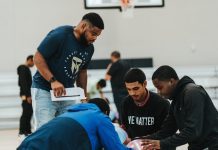