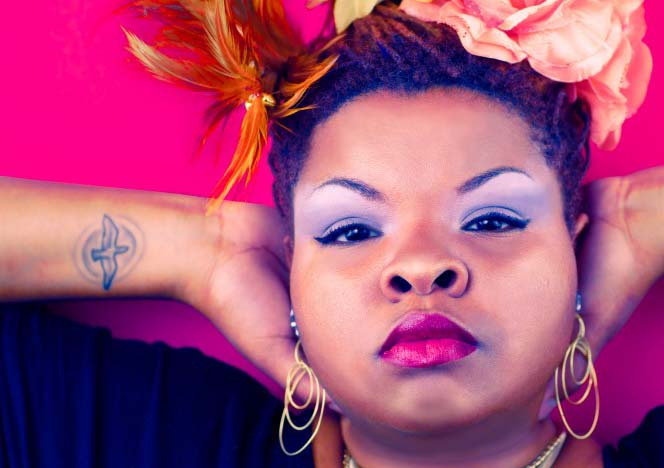 Nurturing a passion can be hard work. Whether you’re training to improve your game, practicing to buff up your skills, or studying to sharpen your mind, a true love for anything will always test your abilities and patience. Tacoma’s Stephanie Anne Johnson knows this well. She’s spent most of her life nurturing her love of music.

If you’re from Tacoma or the surrounding area, chances are you know who Stephanie is, or have, at the very least, heard her sing. This is because in 2013 Stephanie placed third on season five of NBC’s The Voice. During the time Stephanie competed on the popular television show, her local (and national) fan base quickly grew. So much in fact that when Stephanie returned to her hometown of Tacoma, the entire community welcomed her in a way she hadn’t expected. “I was so overwhelmed by all the love that I got from anyone,” says Stephanie. “Going to the bank, going to the gym, going to a restaurant—there’s usually someone who says, ‘We were rooting for you. We’re so proud of you.’”

Spend a few seconds listening to Stephanie’s cool, soulful style and it’s obvious why she’s loved by so many. Stephanie calls her catchy blend of blues, soul and rock “indie blues,” a style she grew into over the years while performing in coffee shops as a teen and later while working on cruise ships as a professional lounge singer. Years of performing, voice training, and an unwavering desire to sing on stage all led Stephanie to her audition for The Voice, an opportunity that earned this Tacoma talent a national audience.

However, in the short time since her television debut, Stephanie says she’s experienced a lot of change in her life. All of which has been good. “I feel like I’ve reoriented myself into my community,” says Stephanie. Something she attributes to the recent work she’s done with local youth.

Earlier this past year, two of Stephanie’s friends, both music teachers, invited Stephanie to share her musical experience with students in their classrooms. Stephanie says she was initially nervous (and a little bit scared) to talk to the students, but quickly became comfortable and found joy in talking to young people about what she does. Stephanie now works with youth regularly, teaching music lessons twice a week at The Gig Spot, an all ages music theater in Gig Harbor. “Teaching makes me a better musician and keeps me in touch with what the next generation of people is listening to,” says Stephanie. “It keeps me young.”

But it hasn’t just been working with youth that’s brought positive change to Stephanie’s life. Shortly after returning from The Voice, Stephanie realized that she was, in some ways, selling herself short. “I was only training my voice and neglecting any other things that I could possibly be good at,” she explains. Because of this, Stephanie turned a leaf and decided to start devoting more time to other parts of her life.

One of the biggest changes Stephanie has made in her personal life since returning from The Voice (and turning 30) has been in regards to her health. “One of the things that I found this past year is that this is the only body that I’m going to get. If I’m unhappy with it, it would behoove me to change it.” Hitting the gym four to five times each week, Stephanie says she has discovered a new version of herself through fitness. “I really believe in diligence,” she says. “I feel like there’s no substitute for doing something often and frequently with focus. Music and fitness for me go hand-in-hand in that way. If I don’t practice, I notice; if I don’t go to the gym, I notice.”

And, diligence really is at the forefront of everything Stephanie does. There isn’t any endeavor Stephanie takes on that she doesn’t put herself into fully. One example of this is her upcoming performance in the Broadway Center for the Performing Arts’ production of Ain’t Misbehavin’, a musical by Fats Weller. With rehearsals five days a week, Stephanie has been busy preparing for the Saturday, March 7 premiere.

To get an idea of what performing in a show like Ain’t Misbehavin’ entails, Stephanie says that when she’s touring with her band, Northern Pacific, her weekends are booked solid but her weekdays are generally free. This is not the case when she’s rehearsing for a musical production. The hours and effort that go into a choreographed musical can be taxing in more ways than one, but Stephanie loves every second of it.

Being the driven, passionate and ambitious woman that she is, Stephanie understands and enjoys working hard for the things that she loves, and she encourages others who may doubt their own potential to take charge of their lives and follow their dreams. “This is your life, this is your boat, you’re piloting it. Don’t doubt that.”

All photos courtesy of Stephanie Anne Johnson unless otherwise noted. 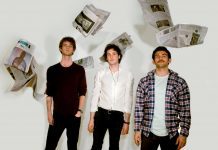