All through December, holiday happenings fill the days with merriment galore. Alongside all the festivals and Christmas lights displays is a solid line up of holiday shows, plays and concerts at Tacoma venues. From classics like the Nutcracker to lesser known sing-alongs, here’s what not to miss.

Nutcracker & The Tale of the Hard Nut

Seattle Men’s Chorus comes to Tacoma for one night only. For that one night, expect the Rialto Theater to be filled with traditional Christmas carols, a chorus known for its lively performances and 250 voices coming together to create a super fun show. There will even be a David Bowie tribute and a sing-along added into the mix. There are two shows on December 10 at 3:00 p.m. and 7:30 p.m. Tickets are $32-$55.

For something a little more traditional, Handel’s Messiah will be performed by Symphony Tacoma at St. Charles Borromeo Catholic School. The concert takes place on December 16 at 7:30 p.m. and tickets are $30-$48.

A long-standing Tacoma tradition, Puget Sound Revels is a bit of a variety show, a bit folksy, a bit historical and a whole lot of fun. This year’s Revels will open to a Welsh village setting and highlight the music and mythology of Wales. Variety is the name of the game. You’ll see storytellers, musicians ranging from harpists to fiddlers, maybe some magic, and definitely a dragon or two. The show is great for families and kids as there are children in the performance and audience participation is a given. The Christmas Revels takes place December 17, 18, 20 and 21. Tickets are $12-24 for kids, $18.50-$34.50 for adults.

Meet Me In St. Louis

Tacoma Musical Playhouse fills its stages with not one, but five Christmas and holiday-theme musicals. Meet Me in St. Louis is based on a book called The Kensington Stories by Sally Benson and a movie of the same name. It’s set in 1904 at the World’s Fair and the plot centers on the Smith family. Songs include some Christmas songs, as well as plenty of Christmas atmosphere, including a ball on Christmas Eve. The show runs from November 25-December 18. Tickets are $22-$31.

Expect silliness and fun at A Tuna Christmas, which features just two actresses who play 22 different characters, all set in a small town in Texas during Christmas. This musical takes place at The Spire at 710 S. Anderson Street instead of at TMP. Show dates are December 2, 3, 9, 10, 11, 16 and 17. Tickets are $18.

Families shouldn’t miss this sing-along on December 3 at 10:00 a.m., which features none other than Santa himself. Enjoy plenty of carols with a live backing band, as well as a story read by Santa, snacks, and a chance for young ones to meet Santa and give him their wish lists. There will be a professional photographer on hand, but you can also bring your own camera. Tickets are $10.

For Christmas music served up with a heaping side of pizzazz, check out the Swing Reunion Orchestra at Tacoma Musical Playhouse on December 5 at 7:30 p.m. SRO brings big band style to classic Christmas tunes. Vocalist Melanie Vail will join the orchestra, too. Tickets are $25.

It’s classic. It’s cozy. It’s fun for adults and kids alike. Since 1965, A Charlie Brown Christmas has run on TV each year and sparked nostalgia in the hearts of young and old alike. Why not see it on stage this year? Shows take place from December 17-24 and tickets are $10.

For a little bit of Christmas magic, head to Tacoma Little Theater to see Miracle on 34th Street. The story follows a man named Kris Kringle who believes he is the real Santa Claus. Kris ends up working as a Macy’s Santa, only to end up in trouble for referring families to other stores to find what their perfect Christmas gifts. Unfortunately, Kris’s belief that he’s the real Santa (and his habit of sending customers away from the store) lands him in a court competency battle, but the battle is more than just one old man’s sanity. A little girl’s belief in Santa is also on the line. The play is magical and fun for all and it’s tough to leave without a little bit of Christmas spirit. The show is on stage from December 2-24. Tickets are $22 for seniors/military/students and $24 for general. 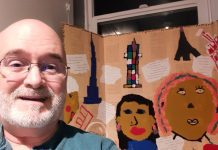 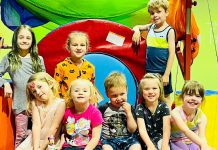