What is journalism? Why does it exist? What’s going on with it now? Where will it be in the future? And who will tell new stories? At a time when concepts like fake news, mainstream media, and corporate consolidation of newsrooms are clouding the air all around, the public is asking these questions. The who, what, where, when and why are the questions that journalists have to ask all the time. This October 2 they will be asking these questions of themselves, and they will do their best to answer them at the Les Bailey Writers Series hosted by Saint Martin’s University.

Every fall, the Les Bailey Writers Series invites writers and authors to speak to the public for a free presentation. They’ve had essayists, novelists and even a Washington State poet laureate. Each presenter brings a new perspective on the craft of writing, and in that way, this year will be no different. For its sixth year, the Les Bailey Writers Series will bring together a panel of three journalists and a moderator collectively with 100 years of journalism experience.

“This particular cultural moment is one where we can stop and think about what’s happening with journalism, what purpose it serves and how it might help us as a community, a state and a nation,” says Jamie Olsen, Ph.D., professor at Saint Martin’s University and one of the faculty coordinators of the event.  “We can also look at the problems that journalism faces today, including skepticism that is targeted at it.”

Lynda Mapes is a Seattle Times reporter who specializes in environmental and tribal issues. She is one of the three journalists who will present on the panel. “It is the best of times and the worst of times [for journalism],” says Mapes. With financial troubles, reduction in the number of professional journalists, and news deserts in rural areas where there is a lack of independent local journalism to cover important issues, Mapes says that there are worrying trends in the field that impact the ability of journalists to do such critical work, but along with her concerns, Mapes is hopeful.

“The capacity for storytelling right now is so exciting,” she says, “and that’s the best of times part.” Mapes points out the ability to pair print journalism with other types of communications, such as photography, podcasts, documentaries, and graphics, as one example. She also appreciates the opportunity to get print stories to readers in so many ways, be it on social media, online platforms or the traditional print paper.  “Our audiences at the Seattle Times are bigger than they’ve ever been,” she adds.

John Hughes will also sit on the panel, and he echoes many of Mapes’s concerns. Hughes spent 42 years in journalism, retiring as editor and publisher from The Daily World in Aberdeen in 2008. In that time, he amassed awards for reporting, photography, historical features, editorials and columns. Since his retirement from journalism, he has authored 11 books on northwest history.

“Now more than ever, this is a time when we need to take stock of where journalism is going and to remind ourselves that at times like these, journalism that exists without fear or favor is more important to American democracy than it’s been in decades,” says Hughes.

Hughes and Mapes will be joined on the panel by Rachel La Corte. La Corte is a correspondent for the Associated Press covering Washington State politics. The discussion panel will be moderated by David Ammons, chairman of the Washington State Public Disclosure Commission.

In addition to the public presentation, the presenters will meet with current Saint Martin’s students during the day. In the past, presenters have held classroom presentations, creative writing workshops, and question and answer sessions about their work as well as broad discussions on writing as a career.

With this year’s panel, students of other fields will also benefit from each panelist’s experiences, from environmental issues, historical perspectives, and political topics. “These journalists have backgrounds that naturally connect to majors at Saint Martin’s,” says Olsen. “We plan to have environmental studies students meet with Mapes who does a lot of environmental writing.” Hughes, who currently serves as chief historian for the Office of the Secretary of State, will meet with history students and La Corte will talk with political science majors. Both Hughes and Mapes share enthusiasm when it comes to meeting with students and passing their knowledge down to the next generation.

Leslie G. Bailey, Ph.D., a much-loved professor of English, taught at Saint Martin’s University for 25 years until his death in 2010. In his honor, an endowment was established and with it, the Les Bailey Writer’s Series was created to benefit the students of Saint Martin’s and the public with the annual presentation.

The Les Bailey Writers Series, Print Journalism: Past, Present, and Future, will be held at 7:00 p.m. on Wednesday, October 2, in the Worthington Conference Center at Saint Martin’s University at 5300 Pacific Ave SE, Lacey. The event is free and open to the public. A selection of books by the panelists will be available for purchase and signing following the event. 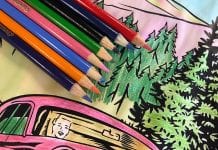 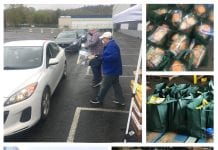 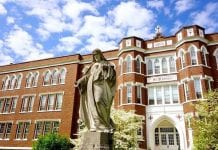