Home LocalTalk Lynne Newark: Trailblazing for Women’s Equity On and Off the Court
FacebookTweet

“When our powers combine, we change lives.”

Those are the words displayed above Corrections Specialist Lynne Newark’s computer. She repeats the words to participants in her cognitive behavioral intervention classes at Washington Corrections Center for Women.

The Right to Play

Sports have always played an important role in Newark’s life. She started playing softball in elementary school, began running track in the eighth grade, and ended up becoming a seven-time state track and field qualifier by the time she graduated high school.

Newark yearned to play basketball. But without a girls basketball coach, she had to teach her herself. Occasionally, there would be a basketball activity in her school’s regular gym class. But Newark honed her skills by watching the boys games and imitating what she saw with a backyard basketball hoop.

“I had to sit and watch back then,” Newark said. “We didn’t have the right, if you will, to have a girls team or be part of the boys team. I learned to play by watching and then I would go do it.”

Newark recalled most of the “official” girls sports the school had before Title IX were mostly no-contact sports, like golf, swimming and track. Even in track, the longest running distance for girls was shorter than that for boys.

“It was of long-standing belief that girls were ‘too delicate’ back then,” Newark said.

Newark said many of the girls with whom she played sports were natural athletes and shared her competitive spirit. So they were ecstatic in 1973 when they found out they could sign up for the girls basketball team.

“I wanted to play,” Newark said. “Finally! We’re getting our chance. Finally! We have a girls team. Basketball was something I’d been doing forever and now I get the chance to be a part of a team to do that.”

Newark says despite Title IX guaranteeing the same access to sports and program activities, there were still resources the girls team lacked that would be unheard of today.

Newark and her teammates had to create makeshift basketball jerseys by taping numbers to the back of track uniforms. The girls team also had fewer coaches than the boys team. And neither team had athletic trainers.

Newark said it didn’t dampen the team’s spirit because, “When you’re young like that, we were just happy we got to play. We didn’t play the ‘poor me card.’ We didn’t question, ‘if the boys got this, why don’t the girls get this?’ We didn’t care if we had to wear the track uniforms and tape on our numbers. We just wanted to play.”

Before Title IX, one in 27 girls played sports, according to the Women’s Sports Foundation (WSF), which advocates for girls and women to reach their potential in sports and life through coaching resources and various programming. Today that number is two in five.

“We won that championship 45 years ago, but it seems like yesterday,” Newark said. “When we all got together, it was so unbelievable we still had such a connection. Granted we’re all wearing reading glasses now, and some of our perspectives have changed. It was like 45 years hadn’t even passed.”

Sports remained a huge part of Newark’s life post-high school. After graduating from Jamestown, she attended Dickinson State University (DSU) in North Dakota. During college, she ran track and played volleyball and basketball. In 1979, she graduated with a Bachelor of Science in Secondary Education. DSU inducted Newark into it’s Athletic Hall of Fame in 2006.

Newark enlisted in the United States Air Force and served in the Air Force for four years as a radio communications analyst. During that time, she played on the military base sports teams including volleyball, basketball and softball.

After leaving the Air Force, she and her husband, whom she met in the military, moved to Corvallis, Oregon. Newark did some substitute teaching at local schools while coaching high school volleyball, basketball and track. During the summers, Newark worked at the local parks and recreation department as a youth sports coordinator.

From the Court to Corrections

In 1989, the Department of Corrections hired Newark as a recreation specialist at the former McNeil Island Corrections Center (MICC). She worked at MICC for four years and then spent three years at the former Tacoma Pre-Release Center. She and her husband decided to move to Greece. While in Greece, Newark worked for the Morale, Welfare and Recreation division of the military.

In 2003, Newark returned to the states and got a job as a recreation specialist at Washington Corrections Center for Women. In 2016, she became a corrections specialist.

Newark currently facilitates two programs, Moving On and Beyond Violence. The programs are designed specifically for incarcerated women. Historically, corrections practices had been tailored for incarcerated males. But in recent years, studies have shown those practices can’t be used in the same way when caring for incarcerated females. And the need is becoming more urgent. According to the National Resource Center on Justice Involved Women (pdf), the number of women in U.S. prisons has increased by more than 700% and has outpaced men by more than 50%.

The department launched these programs as part of its work in its Gender Responsive Initiative. The initiative trains prison staff to focus on specific needs of incarcerated females. It includes developing more gender responsive programming, educating staff on effects of trauma, creating risk and needs assessments for women and making female-specific clothing and hygiene products available to incarcerated women.

Newark has impacted the lives of countless women over the years. The women she interacts with often have stories of untold violence, drug addiction and anguish. Many have been victims of sexual assault before ever entering the justice system. Most have not been shown what it means to live a healthy lifestyle.

Newark has incorporated the life lessons she’s learned from sports into the classroom. Her goal is to help the women cope with the effects of what’s often a lifetime of trauma that has led to their incarceration.

For example, one of her classes has a unit on crossroads. The women self-reflect on the past choices they’ve made that led them to their crimes. Newark says the decision to join the high school track team, as an eighth-grader, was her crossroads. At first, her parents didn’t want her to join the team. But they relented after much poking and prodding from Newark. Newark says it was her saving grace.

“I tell my students that was my crossroads,” Newark said. “If my parents hadn’t allowed me to use my competitiveness and energy towards sports, I would have gone in the same direction as my friend, who got addicted to drugs and alcohol. It kept me grounded. It kept me active. It kept me focused on the taking the right fork in the road.”

Newark said coaching the women is like coaching athletes. She says the best part about her job is seeing people change.

“Seeing and hearing improvement in self-confidence is what is really impactful,” Newark said. “Having a student start off really ambivalent and then the light goes on and the switch in thinking happens. It’s a very powerful moment for everyone.”

What’s next for Newark? Newark is retiring in February 2020 after 23 years in corrections. She and her husband are planning on moving back to Greece. And in May, in true athletic style, Newark will participate in the Camino Francés. It’s a 500 mile journey by foot that starts in St.-Jean-Pied-de-Port, France, crosses the Pyrenees mountains and finishes in Santiago de Compostela, Spain. On average, the walk takes between 32-35 days.

While Newark is on the trail, she’ll be living by the principles that have guided her on the basketball court and in her personal and professional life. 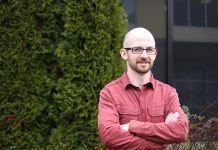 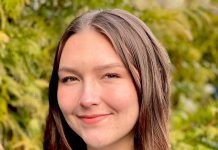 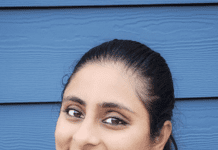