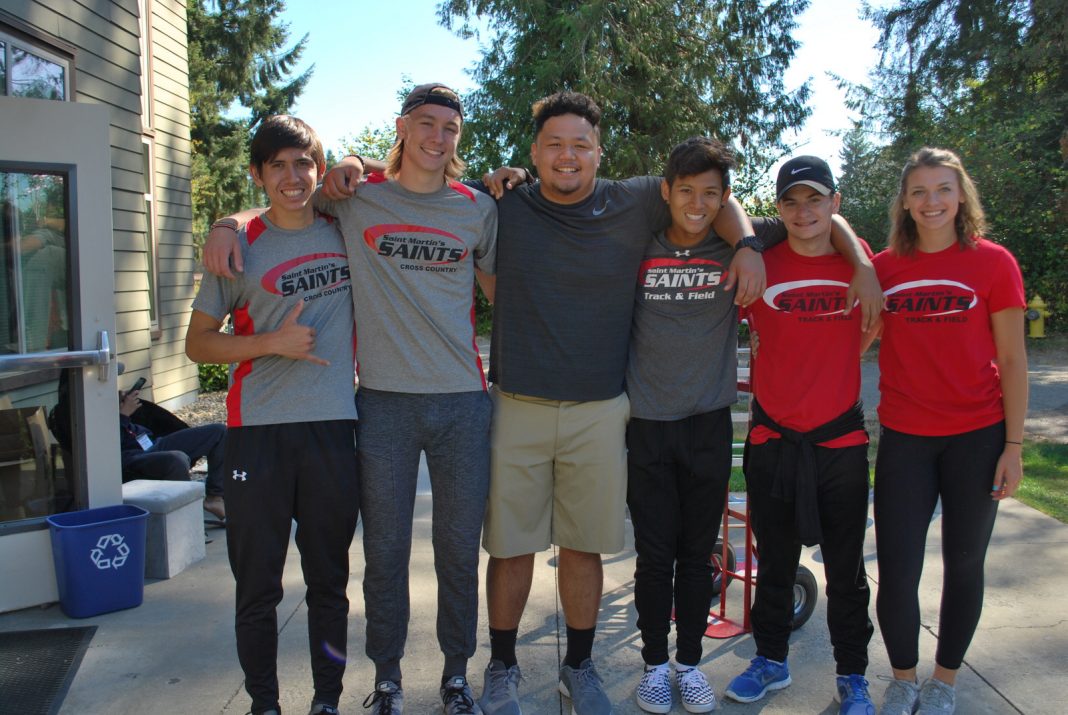 The first day of college is etched in my mind as a right of passage, a change from childhood to something new. That first day on campus was a mix of excitement, nervous energy and hope, creating an atmosphere unlike any other. For me, that day was long ago. However, for the freshmen class at Saint Martin’s University in Lacey, that day was yesterday.

Saint Martin’s freshmen class is the largest in the school’s history at 296 students. These kids are members of Generation Z, defined as those born between 1996 and 2010. At over twenty-five percent of the U.S. population, according to Forbes, Gen Z surpasses Millennials by over a million people. Raised in a post-9/11 world with smartphones and wifi the norm, this tech-savvy and STEM trained generation are more ethnically, religiously and racially diverse than ever before. The value of education is strong in Gen Z with half predicted to be college educated (compared to one third of millennials) and 64% stating earning an advanced degree as a life goal.

While all these statistics define this generation, one thing defines their first day on campus at Saint Martin’s – excitement.

The parking lot and sidewalks surrounding Parson’s Hall, the residence dorm housing all non-commuting freshman, was a sea of red on Friday. Staff, faculty, alumni and current students – including a huge group of St. Martin’s athletes who are back on campus engaged in practice – pitched in to unload cars and haul bags, boxes and bins to the new student’s rooms.

The group worked like a well-oiled – and laughter filled – machine. As parents and students pulled up, they were greeted by the team. Their items were unloaded and labeled by the volunteers with blue painter’s tape listing their room number. Then, many hands truly made light work as items were whisked away into Parsons Hall to turn generic dorm rooms into new homes.

Beds were made, clothes placed in closets, posters hung.  Students began to make the dorm rooms their homes. Some parents lingered, helping with the unpacking, but students were eager to begin their new chapter as Saint Martin’s University Saints.

The diversity of Saint Martin’s programs are a strong attraction for the new class. And, the students themselves are just as diverse. “We have 50-54% students of color and we also have 47% first generation students,” syas Pamela Holsinger-Fuchs, Ph.D., Dean of Enrollment. “We also have more valedictorians in the freshman class than ever before and, a surprising statistic, the number of students from Hawaii is at 46, up from 19 last year.”

“Undecided” topped the list of majors when the new freshmen were polled. The rest of the top eight majors (in order of most interest to least) are:

To help the new freshmen learn about life on campus beyond the classroom, and life in the greater Olympia community, the University carefully planned a full welcome weekend including orientation sessions and activities for students. Large and small groups will convene throughout the weekend with important information from student leaders and faculty. Freshman will also have the chance to socialize during meals and organized events.

An important element in this “get to know you” period are Saint Martin’s Incipio Groups. These small groups, named using the Latin word incipio, meaning to begin, commence or undertake something, allow students to get to know one another sharing their common thread – freshmen on their first day. The groups will meet for meals and learn from upperclassmen about life at Saint Martin’s.

Move-in weekend includes a wide range of fun events. Students will explore Olympia’s downtown, including a social media photo contest freshmen they snap photos in four categories and post to social media with #incipio2017. A shuttle to Target for dorm room essentials they might have forgotten is offered and a movie night, root-beer float party and casino night and dance offer socializing for the new class.

“Saints Live with Heart” is the campus motto this year – the year of “Community” for the University. This is spotlighted during the welcoming of new students. Saint Martin’s University aims to foster a life lived with heart for all students. “When our students leave Saint Martin’s they are transformed as a person and look to live, play, work and pray with heart. Walk around our campus and students greet you and genuinely care about you,” shares Holsinger-Fuchs.

It’s an “all in” effort by the entire University on Move-In Day to make sure the incoming freshmen know the true heart of Saint Martin’s is its people, ensuring they know they have a home on campus where they will feel supported and welcomed. 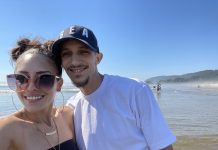 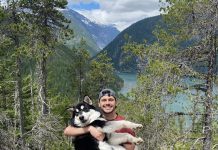