Join us for the Puget Sound Jazz Orchestra’s first performance of the season, directed by Tracy Knoop.

A native of the Pacific Northwest, saxophonist Tracy Knoop is one of the best-known jazz artists and teachers in the region. After graduating from the Berklee School of Music in Boston, Mass., he joined the world-famous Tommy Dorsey Orchestra and toured with them for 10 years.

Knoop has performed with such greats as Louis Bellson, Ray Charles, Natalie Cole, Bernadette Peters, Buddy Rich, and Mel Torme. He also has performed with the Temptations, Four Tops, and the Seattle Symphony. He can be heard on commercial recordings and continues to perform and teach extensively throughout the Northwest and across the country.

Event Location
Schneebeck Concert Hall or tune in at PUGETSOUND.EDU/SCHNEEBECKLIVE. 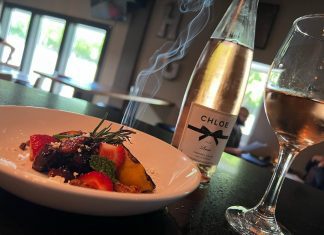 Finding delectable bites to eat alongside perfectly paired Pacific Northwest wines has never been simpler. Across the South Sound, delight in delicious pairings...