Submitted by City of Tacoma

On Oct. 9, the Flood Control Zone District Board announced that it will provide $6 million in funding over six years to build a floodwall around Tacoma’s Central Water Treatment Plant.

During large storm events, the plant receives and treats more than 130 million gallons of waste water a day before it flows into Commencement Bay. Eighty percent of that comes from Tacoma, but the plant also treats the waste water from about 19,500 customers in Fife, Fircrest and unincorporated Pierce County.

The project was selected primarily due to its high risk ranking. An overflow from the Central Treatment Plant could introduce untreated waste water into Puget Sound with potentially negative impacts to water-based businesses, recreation consequences for residents and impacts to wildlife.

On a day-to-day basis, locating a waste water treatment plant in a low-lying area is efficient.

“But when it floods,” said Tacoma Councilmember Mello, “this location can become a regional liability.”

In the past, the City has had to pull emergency crews off of flood responses in other areas to secure the plant from rising waters.

“Residents throughout the county have reasons to be thankful for the decision,” Mello said.

The City’s Environmental Services has funded the project’s $1.2 million design and will need to fund another $1.5 million in construction costs. Construction is estimated to begin in spring of 2014 and last for one year. 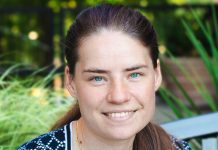