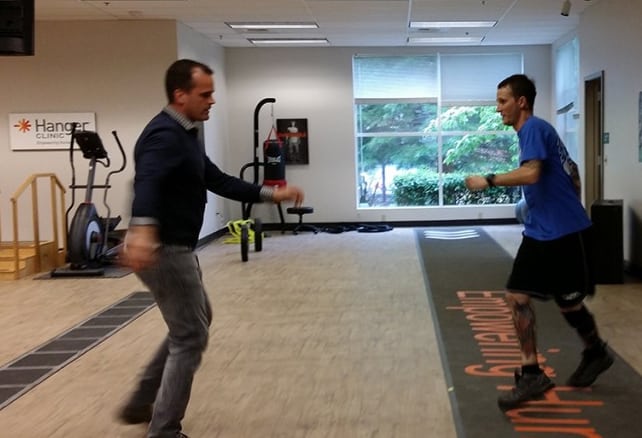 Ryan Blanck, LCPO, is someone who doesn’t know how to give up. This quality has served him well in his remarkable career in prosthetics, during which time he has developed an innovative piece of lower limb support technology, the IDEO brace, and established a unique world-class specialty center right here in Gig Harbor. As the National Upper Extremity Specialist for the Northwest Region and National IDEO Program Director, Ryan has played an instrumental role in the Hanger Clinic’s construction of a comprehensive care center to help address the needs of patients who have injured or lost limbs.

Ryan graduated from the University of Washington with a bachelor’s degree in Prosthetics and Orthotics in 1998. He was then accepted to Harborview Medical Center’s Prosthetics and Orthotics residency program where he gained intensive experience at the region’s premier Level 1 adult and pediatric trauma and burn center, focusing on traumatic amputations. Upon completing his training, Ryan joined the Northwest Prosthetic and Orthotic Clinic in Seattle, rising to the level of Director.

In 2008, Ryan was recruited by the Department of Defense to the Center for the Intrepid (CFI). The CFI is a truly amazing donor-funded medical center that focuses on the care and rehabilitation of military burn and trauma victims. There, the patients have access to state-of-the-art specialized workout equipment, a device development shop, highly experienced medical personnel, and a community of fellow service members who have suffered similar physical and mental challenges. The patients encourage each other in tangible and intangible ways, pushing each other to set high-level goals that allow them to return to independent living, to reintegrate into civilian life, or to retain their Active Duty status.

Ryan’s five years at the CFI brought him into contact with many great Americans who inspired him to think outside the box as to how he could help facilitate their treatment success. In 2009, Matt Parker called Ryan for advice regarding a military Limb Salvage patient of his who wanted to run again. In trauma prosthetics, you need to focus on how a person runs with their sound foot, and how a prosthetic running blade works, to understand what function needs to be recreated. The two professionals tossed around some ideas and Ryan asked for some time to develop a prototype. Thus, the plan for the IDEO brace was conceived.

The Intrepid Dynamic Exoskeletal Orthosis (IDEO) brace can address much of the pain, instability, and weakness of compromised lower limbs, especially those with neural damage. A portion slides under the affected foot and the rest of the brace attaches to the supporting limb. The struts allow the leg to function by providing static feedback and generating artificial force and propulsion to help support the damaged limb.

The novel technology helped get Matt’s patient back on a treadmill and training at a demanding pace. By word of mouth, the news of this innovation began to spread among military members with similar needs. In one case, a patient with one amputated leg and another leg with drop foot — a condition in which the nerves that innervate the muscles that lift the foot are damaged — was able to employ an IDEO brace to help him return to running and retain his Active Duty status when he typically would have been medically retired.

Within a year and a half, civilians were also beginning to contact Ryan, looking for ways to access his innovative technology. Around this time, Ryan was thinking about returning home with his family to the Pacific Northwest and found an opportunity to work with Hanger Clinic to bring this advanced technology to civilians. This collaboration also allowed for the development of the Gig Harbor specialty facility. Though he loved the energized environment at the CFI, this would give him the chance to customize a new facility to his vision.

The Gig Harbor specialty center houses a light-filled 5,000-square foot rehabilitation gym in the CrossFit style, and prosthetics are custom built on site. Patients receive a comprehensive solution for their needs, with on-site training and therapy that is coupled to their treatment. Ryan sees a mixture of Active Duty military members, military retirees, and civilians, both for IDEO therapy and other modalities. During any one week, he may be working with patients from distant states, such as MA, VT, and TX, to far-flung locales, such as New Zealand and Germany. In fact, 80% of Ryan’s patients travel to work with him.

I asked one of his long-distance patients why he doesn’t see a care provider in his own region. He explained that he had tried to switch providers when he moved but that the care he receives from Ryan is so exceptional that he felt they have developed a life-long bond. “Ryan takes it above and beyond at a personal level, sending texts to check in. He tracks down solutions for problems as they arise. The travel is worth it because of his experience and perseverance.”

Sounds like the inspired prosthetist is pretty inspiring himself.

All photos courtesy of Hanger Clinic. For more information on the Gig Harbor Hanger Clinic’s programs, contact Ryan Blanck at 253-572-7478 or rblanck@hanger.com. 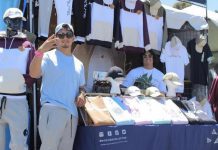 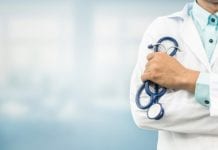 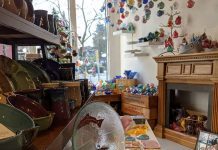