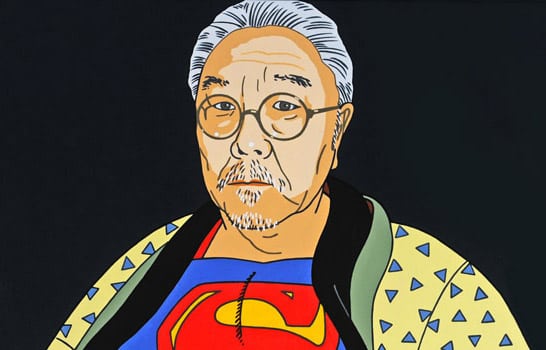 Tacoma Art Museum (TAM) is proud to present the work of Seattle native Roger Shimomura in “An American Knockoff,” featuring 53 paintings and prints on view from June 20 through September 13, 2015. The exhibition is organized by the Museum of Art at Washington State University and debuted there last fall before touring to the Hallie Ford Museum of Art at Willamette University in Salem, Oregon.

“An American Knockoff” reflects Shimomura’s experience of commonly being presumed a foreigner in his own culture. The term knockoff refers to something cheaply made to resemble a more valuable original; with a knife-sharp wit, Shimomura explores the perception of his identity as less than American. In the exhibition catalogue he explains, “Far too many American-born citizens of Asian descent continue to be thought of as only American knockoffs. This latest series of paintings is an attempt to ameliorate the outrage of these misconceptions by depicting myself battling those stereotypes, or in tongue-in-cheek fashion, becoming those very same stereotypes.” He assumes the identities of real and imagined iconic American heroes — Superman, George Washington, Mickey Mouse — raising questions about what and who we consider to be American. He inserts himself as an impostor within or aggressor against stereotypes (for example, “American vs. Chinese,” addressing the stereotype that all Asians have an instinctual understanding of martial arts).

Two major life events strongly influenced Shimomura’s work: his family’s incarceration at Camp Minidoka in Hunt, Idaho, during World War II when he was a very young child, and his move as a young professional from the culturally diverse hub of New York to the more homogeneous Midwest where he has faced frequent race-related questions and presumptions. “The need to address my identity was genuinely born out of the need to mediate and reconcile my yellow presence in the Midwest,” he says.

“Roger Shimomura is a major Northwest artist. His work is visually dynamic and offers highly relevant, thought-provoking content, especially for the Tacoma and Seattle region, as we are home to one of the largest Asian American populations in the United States,” says Stephanie Stebich, executive director at the museum. “This is an exciting opportunity to see his powerful and memorable work.”

A multi-faceted artist, Shimomura is also known for film, performance art, and music. A Seattle native, he graduated from University of Washington in 1961 with a BA in commercial design. He served in the US military in Korea and upon his return, attended Syracuse University, New York, earning a MFA in painting. From 1969 to 2004, Shimomura taught at the School of Fine Arts at University of Kansas. He is represented by Greg Kucera Gallery in Seattle.

See this provocative work on view at TAM this summer, and hear him speak on Sunday, July 19 at 3 pm at the museum’s American Matusuri free community festival.

“Roger Shimomura: An American Knockoff” is organized by the Museum of Art, Washington State University, Pullman. 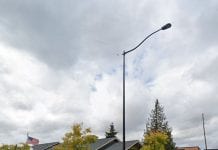 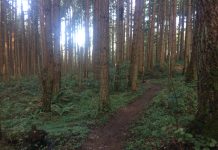 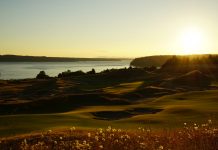