It was a dreary day on Saturday, April 23, in Tacoma’s Hilltop neighborhood. Scattered showers were in the forecast, a day that most people would spend indoors. However, rainy weather wasn’t about to stop a group of about 200 eager Comcast employees from both the Fife and Tacoma offices and their families from volunteering their time and energy to help support the Hilltop Urban Gardens (affectionately referred to as HUG) at their 16th annual Comcast Cares Day event.

Comcast Cares Day is a yearly volunteer effort where employees get to choose a non-profit organization in their community and spend an entire day to make it better.

“Comcast Cares is our annual day of giving,” says Chioni Ramsey, administrative assistant at the Fife call center and planner of the 2017 Tacoma event. “We spend the day donating our time to the community.” Local employees chose Hilltop Urban Gardens this year as the project to work on. “We’re working with HUG to expand their community gardens. We are expanding about 3,000 square feet of gardens for them.”

In addition, volunteers helped revitalize about 20 homes in the neighborhood for low-income and elderly residents. This meant beautifying yards and alleys, disposing of trash and debris, building garden boxes, mowing lawns, weeding, and planting various vegetables and flowers. Comcast even partnered up with 1-800-Got-Junk to help with the garbage removal.

“We’re helping all the people who live in this community thrive,” says volunteer Candace Robson, Social Media and Marketing Specialist for the Washington region at Comcast. “We’re cleaning their yards, and planting flowers and gardens. We’re working on food sustainability, which is big this year.”

“Our biggest goal is to get the gardens built,” adds Ramsey, “because what those gardens are doing is providing fresh fruit and vegetables to the community, to people who can’t necessarily afford access to fresh food.”

Hilltop Urban Gardens was created in 2010. “HUG’s mission is to develop systems for food sovereignty and create racial and economic justice,” says Dean Jackson, founder and director of the Hilltop Urban Gardens. “So what we’re working to do is build a neighborhood-based food system where we grow and share the food with the community. The model that we currently use is that neighbors will share a portion of their yard, and then HUG builds gardens on that shared land. And together, all of those shared sites create what we call the Urban Farm Network.”

The food grown from the Urban Farm Network is shared among the neighborhood every Saturday in season at its HUG Grub Neighborhood Farm Stand. “Every Saturday we harvest from all of the sites and then we share that food back to the neighborhood,” explains Jackson. “We share, though we’re really clear with people that this isn’t charity. It’s not free. We ask them to share something back if they can. This can be anything, including working in the gardens. We’re here every Saturday.”

Last year, the four blocks of gardens that make up the Urban Farm Network produced just over a ton of produce. After the work that the volunteers at Comcast put in on Saturday, Jackson hopes to double that number. “We have 11 sites currently,” says Jackson. “After today, we’re going to have 16. We grow on a little over a quarter acre. After today, we’ll be at a half an acre of land.”

Jackson hopes the volunteer effort will help both revitalize the Hilltop neighborhood and keep the historic population from having to relocate. “This project is about growing food and about community control of the food supply,” she says. “One of the things that has been very clear as we’ve been doing this project is watching how the neighborhood is changing and how the historic population in many instances is no longer able to live here.” Jackson hopes that with community collaboration, along with projects like HUG, residents of the Hilltop community will be able to stay put.

Comcast Cares Day is a company-wide initiative that began in 2001. Since that time, Comcast employees logged in almost 5 million volunteer hours at 7,700 projects worldwide. This year alone, Comcast estimated more than 100,000 volunteers contributed to about 900 projects to improve their communities and make the world a little better than before. The employees at the Tacoma and Fife offices are proud to be a part of those numbers. “We do this every year and it’s always a huge success,” says Robson. “It’s great to make an impact in the community. Some of these folks have been coming out every year for five, six, even ten years. Yes, it’s a day out of the office, but lots of these folks have Saturdays off and they’re here anyway.”

For those who wish to volunteer at HUG, community work hours are every Saturday between 9:30 a.m. to 1:00 p.m. For more detailed and up to date information, Jackson recommends checking the website and Facebook page.

To learn more about Comcast’s ongoing investment in the neighborhoods that it serves, visit Comcast’s website. 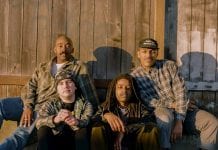 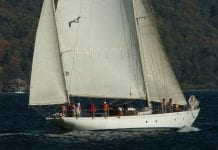 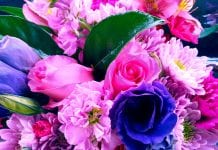