University of Puget Sound has been named one of the top producers of U.S. Fulbright award students among liberal arts colleges for 2017–18.

The prestigious list was revealed by the U.S. Department of State’s Bureau of Educational and Cultural Affairs and was highlighted in The Chronicle of Higher Education. The Fulbright Program is the U.S. government’s flagship international educational exchange program.

Five students from Puget Sound received Fulbright awards for overseas travel, work, study and research for the 2017–18 academic year, amounting to almost half of the 11 Loggers who applied. This is a large proportion of successful applicants, well exceeding most other institutions named in the list.

“The students who secured these awards are pursuing exciting research and teaching work in countries from Morocco, to Taiwan, to India and Germany,” said Kelli Delaney, associate director of fellowships and academic advising. “We are immensely proud of them and of the faculty who inspired and assisted them in pursuing these ambitious plans.”

Since its inception in 1946, the Fulbright Program has provided more than 380,000 participants—chosen for their academic merit and leadership potential—with the opportunity to exchange ideas and contribute to finding solutions to international concerns.

More than 1,900 U.S. students, artists, and young professionals in more than 100 different fields of study are offered Fulbright Program grants to study, teach English, and conduct research abroad each year. The Fulbright U.S. Student Program operates in more than140 countries throughout the world.

The award program is run by the U.S. Department of State, supported by the Institute of International Education. The Fulbright Program also awards grants to U.S. scholars, teachers, and faculty to conduct research and teach overseas. In addition, some 4,000 foreign Fulbright students and scholars come to the United States annually to study, lecture, conduct research, and teach foreign languages. 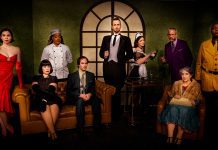 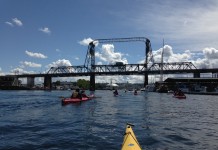 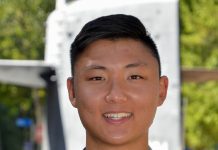