Candy is sweet. Candy is fun. Candy can help.

That’s the message behind the tasty treats sold at the OCD Candy Company in downtown Tacoma. When Ellen Laguatan opened the store, she knew people would notice how the candy was organized.

She displays packages of gummy bears lined up, arranged by each gummy bear’s color. There’s a row of red gummies, yellow gummies, green gummies and so on and so forth. There are also other candies like toffee and licorice all arranged in the same fashion.

“It’s sort of a therapy for me,” Laguatan, who also suffers from OCD, explains. “What it does is allow me to take care of my OCD tendencies in constructive and productive ways instead of destructive ways,” she explains. “I’m fortunate that my OCD is not as severe as some other people’s. Some people can’t even leave their home.”

The American Psychiatric Association defines OCD as a disorder where someone develops anxiety over repeated thoughts, feelings, images or sensations. To be diagnosed with OCD, the anxiety usually results in repeated practices to the point where it affects their daily lives.

“A lot of people think OCD is just about washing their hands over and over again but there’s so many layers to Obsessive Compulsive Disorder, from severe to it just being a minor annoyance. We look for patterns and symmetry.”

Laguatan says her OCD is not as bad as many other people’s. She finds comfort in organized patterns. That’s why she organizes her gummies and treats according to the candy’s colors.

Before opening her candy shop, Laguatan served as a captain in the Air Force and was stationed at JBLM. While working there, she was inspired to embark on her next career path because of an incident with a jar of candies on sitting on her desk.

“I always layered the candies from my least favorite to my most favorite and people were allowed to have some if they wanted some but the rule was, ‘don’t mess with the jar.’ Some people thought that was a suggestion, not a rule.”

Sometimes her co-workers would tilt the jar to get the ones they wanted, causing the candies to become disorganized, causing her OCD to kick in. She says this meant she would have to stop whatever she was doing to reorganize the jar before she would be able to focus on her work again. On one particular day, while she was reorganizing the candies after one such incident on a Friday afternoon, a light bulb went off in her head.

“I just thought to myself, ‘I can’t be the only one who eats her candy this way.’”

The OCD Candy Company first opened at a location on St. Helens Avenue in 2012. She moved the store to its current location, 754 Broadway, in 2016. When she first opened the store, she said the customers coming in would comment on the way the candies were organized.

“A lot of kids with OCD will organize their candies based on color or size before they eat them. These candies are arranged with them in mind. Then I also have adults who tell me they haven’t been able to eat and enjoy candy in years because it’s too disorganized for them. Then, they discovered my store.”

But one customer changed her life and the way her business is run. She says the customer thought she was making fun of OCD and found the store offensive.

“When I first started out, I was a bit naive. I just kind of assumed people would automatically get it. But when I read her message, my heart just sank.”

As she retells the story, she still gets choked up.

“We exchanged several Facebook messages and at the end of it I thanked her because I realized that this was something I needed to correct.”

Throughout the website and Facebook page for the OCD Candy Company, the words “This is not a joke” are displayed prominently. She says this not only avoids confusion but also because it’s true to the store’s original mission.

Laguatan donates a portion of all of the store’s proceeds to various charities and research facilities studying Obsessive Compulsive Disorder.

Visit OCD Candy Company at 754 Broadway in Tacoma. Or learn more about the store online on its website. 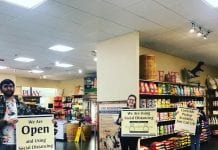 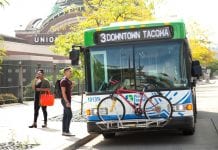 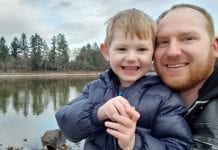 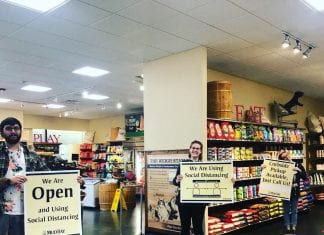