While house hunting back in 2002, Michael and Kelley Flamoe didn’t give much thought to the plaque displayed on the steps of the North Slope house they were touring. After all, nearly every house on the block had a historical marker of some sort.

All they knew was, with its wide porch, craftsman charm and large backyard, they loved the house and decided to buy it.

The fact that the Tacoma house, located at 1112 N. J St., was the birthplace of legendary crooner Harry Lillis “Bing” Crosby, Jr. didn’t become a reality for them until neighbors held an honorary birthday party for the 1940s songster a few months after the Flamoes moved in.

The Flamoes heard fireworks and cheers. Then the songs started. “We heard adults singing to our house,” Kelly says.

The neighborhood sang, smiled and left, marking what would be the beginning a now once-a-week tradition. Cars, and even tour buses, simply park along the street. People file out to snap a few photos and pack back into their vehicles. The choir director of a nearby private school shuttles his choir to their house each Christmas to sing Crosby’s iconic “White Christmas” and other tunes, whether the Flamoes are home or not.

Few people ask to see the inside of the house. They wouldn’t see any Crosby memorabilia anyway, and the interior has been updated since Crosby lived there between 1903 and 1906 before heading to Spokane. And, for the Flamoes, the house is a place to raise their family first, and a landmark second. But they understand why people want to stop by to get a look around.

Kelley says it’s no problem if people stop by and ask to see the house, noting that they have been asked to be listed on the annual Tour of Historic Homes and respectfully declined. “But no, we aren’t running a museum,” she adds. “I always worry that people would be disappointed. It’s not like we have his cradle or anything.”

Crosby’s nursery is now just a regular home office off the master bedroom. A stained glass window was added since Crosby left. Rooms have changed uses and been repainted. Windows have been updated. There are no pictures or albums or artifacts on the wall of a house that just happens to be the spot an American icon was born and lived a few years more than a century ago. The loose ties to musical royalty can’t be found anywhere other than on the front steps.

“I think that it is just a novelty,” Michael says.

That novelty includes never having to give directions to their house. They simply say the “Bing Crosby house.” Another novelty is that the Sons of the American Revolution plaque that marks the historical significance of the house incorrectly lists Crosby’s birthday as May 2, 1904. He was actually born a year earlier, according to Baptismal records released only after his death.

But that simple sign marks a case of what could have been. Soon after Crosby died in 1977, the Bing Crosby Historical Society was formed in Tacoma in dreams of establishing a museum in honor of the Tacoma-born star. Plans included converting the North J Street house into a museum, but it was not to be. The society folded in 1993.

After the society disbanded, its collection of Crosby memorabilia was donated to Gonzaga University —since the crooner was raised, attended college and first gained fame there.

Want to see the Bing Crosby house up close and personal? The house is located at 1112 N. J Street. For a more in-depth look at the life of the famed vocalist, take a tour of Gonzaga University’s impressive collection online or in person. 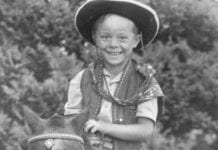 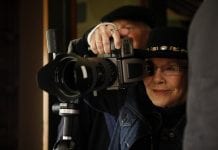 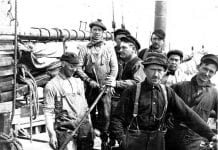