Warm soup is the perfect remedy for the chilly, damp weather the Pacific Northwest gets most of the year. If you’re in Tacoma and are on a quest for a bowl of comfort, Infinite Soups is the perfect spot.

The shop is owned by three people, Wendy Clapp, her partner Todd Deshazo, and Wendy’s daughter, Laura Adams. The trio got their start working together at a cafe at The News Tribune years ago. In those days, the most popular menu item was soup, so when they decided to start a venture of their own, that was a natural choice for their menu’s focus.

At Todd’s suggestion, the group started small while they were all still employed at the cafe, and began selling soup at a farmer’s market in the fall of 2006. That ended up being an act of kismet, as the timing was perfect for their upcoming business venture, and they opened Infinite Soups in February 2007.

“We started on our own just before the recession hit. If we wouldn’t have started, then things might not have worked out this way, because our jobs would’ve been eliminated if we’d stayed in our positions,” Wendy recalls.

And because they got their start at the Broadway Farmers Market, they’ve formed a long-term relationship with a farmer they met there. In fact, they still get a lot of their ingredients from that farmer.

Since they work with local produce, their selection varies depending upon the time of year. In the fall and winter they serve heartier soups like chowders, and in the warmer months they offer lighter soups. No matter the time of year, there’s always meatless and non-creamy varieties available every day.

One of their most surprising ingredients was rhubarb last spring. Wendy says they found a way to incorporate it into the menu with a curried lentil and rhubarb soup that was a hit with their customers. Another surprising hit that Laura makes is a buffalo and blackberry soup, which she creates every summer during blackberry season.

While some soups are created intentionally, there are some that come about through mistakes, like accidentally adding an ingredient and then discovering it works well with the recipe. Sometimes the accident ends up being a huge hit, but not always.

“Once I accidentally added cream to a recipe that didn’t call for it, but quickly found out that schezuan and cream don’t go together,” Wendy says with a laugh.

Of course, creating a selection of over 20 soups daily is a large undertaking, even for an experienced culinary team.

“It’s like a great big wheel that’s always turning. There’s always prep work that has to be done,” Wendy says of the endeavor.

In addition to the soups, the eatery also serves a variety of freshly baked breads from Corina Bakery. Their recipes are so popular with their clientele that they sell out at both locations every day in the fall and winter.

While their location at the old Post Office building is just as popular as their main shop, their first try at expansion wasn’t a success. They’d previously opened a second location on Antique Row, but whether it was a matter of incorrect timing or not the right spot for a soup shop, it was a short-lived attempt.

They’re in their current second location because the trio was approached by John Hunt, the property manager at Court House Square. After their failed attempt at an expansion, Wendy says they were gun shy about putting up money for another location. The business partners chose to leave it up to their customers to decide and used a Kickstarter Campaign to get started at their second location. They were able to raise the funds they needed to open, and the Court House Square location has been going strong for four years.

Wendy says she and her business partners would love to open a third location, but it’s hard to scout potential venues with all three of them working full-time between their two current locations. She admits that a big part of the reason their second location at the old Post Office building happened is because someone reached out to them with a great site. Still, they do have aspirations for opening more locations in the future.

“If it were up to us there would be as many Infinite Soups locations as there are Starbucks in the Pacific Northwest,” she says.

Infinite Soups is located at their main location 445 Tacoma Avenue South, and their lunch only location in Court House Square at 1102 A Street. Reach them by phone at 253-274-0232, and find the eatery on Facebook or their website. 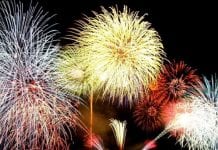 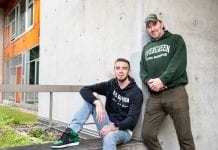