Gather Juice Co. is on a mission to make the world a better place — one juice at a time! No seriously, husband and wife duo Sean and Gretchen Doyel opened Gather Juice Co. with the goal of providing healthy options to the people of Tacoma, which they agree to be the building blocks to a healthy community.

From cold-pressed juices to fresh smoothies, everything on their menu has been perfected using whole ingredients. They are on a mission to showcase the idea that eating food that nourishes your body doesn’t need to be in line with a fad diet.

“Eating whole, real, nutrient dense food, on the other hand, isn’t really a diet in the traditional sense,” Sean explained. “It’s pretty easy to stick to for most people because there aren’t a lot of restrictions, rules, etc. We’re trying to introduce people to that idea.”

Not only will your body and taste buds be thanking you after a visit to Gather, but your Instagram will as well. This trendy spot is nothing less than photo-worthy.

“We put a lot of thought into the design of the space,” Sean shared. “We were trying to create a space where people wanted to be, where they felt good, where they wanted to bring friends to show off what they’d discovered.”

This chic space is made up of an extensive amount of foliage, high industrial ceilings and simple decorate touches. The minimalistic aesthetic of the space makes this a spot where your friends will love to meet up.

No matter how new you are to the juicing world, the menu has options for both newbies and those obsessed with healthy eating alike. Their best selling juice so far has been Night Vision — a fresh blend of carrot, apple, lemon, and ginger. They feel that the popularity is related to the approachability of the ingredients and that it is a safe and tasty option for those new to the idea of juice, or for those who want a juice on the sweeter side.

They opened with a minimal menu, and are adding more options as they continue to grow. They recently expanded to smoothie bowls – you know, the gorgeous mix of fresh fruits and bright colors that leave you drooling. They are set to launch some tasty avocado toast and oatmeal options as well.

Sean and Gretchen are both Tacoma locals, which made opening their dream space in their community common sense. “We both remember when Tacoma was not cool, sometimes not even safe.” Sean said.

Juice bars can be found in the multiples in large cities, but none are located in or around Tacoma. Being the first to make the leap into uncharted territory can be a nerve-racking experience, but the Doyels took a leap of faith and have seen nothing but excitement from the community.

“We’re excited to be part of the movement to bring cool stuff to Tacoma,” Sean shared.

Stop in for your daily juice at Gather Juice Co., located at 2612 6th Avenue in Tacoma. Their doors are open for business Monday through Sunday and check out their website for updated hours here. 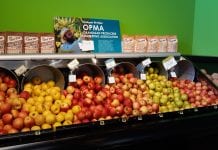 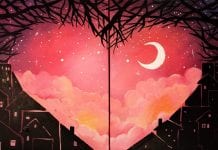 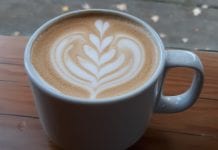