It might surprise you to know that winter is a great season to purchase a home. With over 11,000 home inspections completed in the South Sound, Dwayne Boggs and his team at Boggs Inspection Services have inspected homes in all seasons. Though the real estate market cools down in the autumn and winter, there are plenty of benefits to house buying during the colder months.

So, if you are ready to purchase a home, take a look at these reasons that winter just might be a great season to buy:

The South Sound may get a pass when it comes to subzero temperatures and mountains of snow, but wintertime still means a dramatic increase in precipitation in the region. The rainy season makes some problems more apparent. Leaky roofs and gutters, as well as perimeter drainage issues, are practically impossible to miss on a rainy day, even to an untrained eye. Moisture weeping on walls, and water in crawl spaces and areas of standing water around the home are easy to spot. “Water is one of the most damaging elements to a structure,” says George Green, inspector manager. “Being able to see these issues in real time instead of guessing as to what might happen in the future is very helpful.”

In winter, many trees have dropped their leaves. While it might be nice to see your future home amid colorful flowers and lush greenery there is a bonus to buying when the weather is drab and the trees are bare. “Less foliage around a structure can make it easier to assess, allowing for a more detailed inspection of the siding, roof and structure,” says George.

Drafts and insulation failures can also be easier to detect in colder months. Feel for drafts around windows and doors. For a home inspector, both the heating system and insulation are easier to assess in the wintertime.

Get a Great Deal

The cost of homes in the South Sound have been steadily increasing since 2012. However, in the winter months, the median home list price has often leveled out or even dipped below the list price from six months prior. In Thurston County, the median list price dropped by $10,000 from July 2014 to January 2015 and dropped by $12,000 in Pierce County that same year according to data provided by Zillow, a major real estate listing service. Not every year has seen such a dramatic price reduction, but even in years that have seen rapid price increases, the rates of the rise has been much slower in the winter.

Sellers tend to be more motivated in the winter and they may be more willing to negotiate the price, closing costs or even pay for closing costs. Competition from other buyers is also reduced, lowering the chances of a bidding war over a property, and allowing a bit more time to consider the home than you would have during a hot market in summer.

Though the thought of moving in the wet and chilly season might not be appealing, you might have an easier time booking professional movers during their slow season. But remember to be prepared, and stay flexible if you find a bad winter storm headed your way.

Winter may not be the hottest time to buy a home in the South Sound, but you shouldn’t let that stop you from finding the home of your dreams. Patience and preparation are the keys to homebuying success during any season 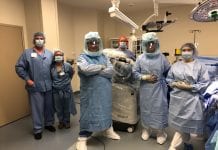 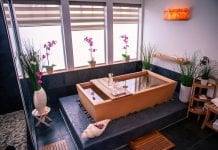 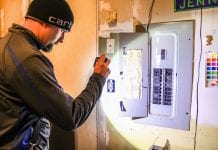