In Washington, we have a growing community of archers who find inspiration through the discipline of shooting a bow. If you happen to run in the circles of competitive archery here in the South Sound, then you probably know that we have recently been celebrating the extraordinary accomplishments of a local celebrity by the name of Bodie Turner.

Bodie just won “The Vegas Shoot” in the Men’s Pro Division with his compound bow as a 15-year-old. As the largest archery tournament in the world with nearly 4,000 shooters, this young man with laser focus took home over $75,000 in prize and contingency money. Twenty-two professionals made it to the final shoot-off by hitting a score of 900 out of 900 over the course of three days. These finalists had to take on the ultimate skills test by shooting shot for shot against their competitors.

For winner Bodie Turner, that meant shooting a target the size of a penny 24 times in a row from 20 yards away, with thousands of people watching. In the final battle, which was indeed a discipline of performing with Jedi-like mind control, the last archer missed shot number 24, and Bodie didn’t. As the youngest champion in the history of this tournament, Bodie has made significant waves as a professional archer who has a bright future ahead.

“I was hyper-focused and felt nervous but confident,” the champion explained. “I shoot every day. When I get home from school, I shoot my bow, usually until dark. Sometimes it’s five arrows, and sometimes it’s 500.”

Winning the title wasn’t something Bodie expected. “I was surprised to win. I knew I had a chance given this last year of growth and success, but it was still surreal,” Bodie continued. “These are the best archers in the world in every category, and I was excited to be shooting alongside my heroes. The archery community is very supportive. They all gave me a hug and congratulated me.”

It takes a dedicated family to support a young professional athlete. Parents Joel and Sarah Turner have raised an incredible human who maintains a 4.0 GPA at Eatonville High School. Anyone who meets Bodie would tell you that he has a humble nature. At home, he chops wood, keeps up with numerous chores, helps with the dishes and always has a smile on his face. His presence is kind and friendly with a “how can I help” demeanor. The closeness between this family is an inspiration to witness, and both parents were moved to tears when they heard the announcer say, “I think we have our new Vegas Champion.”

If you are a serious archer, you have probably heard the name Joel Turner, Founder of Shot IQ. Joel is well-known as a top educator in the field of archery, helping thousands overcome what is described as “target panic.” Known simply as “Papa” by his son Bodie, these two have been shooting arrows together since Bodie was 17 months old. Joel would wear his son in a front pack before he could walk and have him hold the arrows while he trained.

Joel has recently retired from his position as Sergeant of the Yelm Police Department and Team Leader for the Thurston County SWAT team. “I’m looking forward to spending more time at tournaments with Bodie as we both compete, but in different divisions as I shoot traditional archery,” explained Joel. “Bodie paid attention. He put in the time, and we shot together every day. I never sat him down and said this is what you have to do. He was interested,” explained the elder Turner. “I understood the science of shot control, and he learned through watching me teach others. Our lives have revolved around archery since he drew a bow back for the first time. He was given the tools, and he is driving his own motivation to grow. He’s had this determination from a very young age.”

At age four, Bodie became the “demo” shooter in the Shot IQ courses held all over the country. All three of the Turner family hunts together. “I started hunting when Bodie was nine months old as I knew this would be a way to spend quality time with my boys in the field,” shares mom Sarah.

Just one week before winning The Vegas Shoot, Bodie celebrated a historic win as the youngest at age 14 and the third person to ever shoot a 660 out of 660 at Lancaster Archery Classic (a perfect score). The scoring ring is once again the size of a penny which he shot flawlessly, 60 times in a row, with an audience of a couple of thousand who live-streamed the event. He eventually placed third in the Men’s Open Pro, taking home a prize of $5,000. He also won the National Championship at the Outdoor Target Nationals in South Dakota in the Young Adult Division, ages 15-17 in 2021.

“I love the community,” says Bodie. “It’s a year-round sport that can be done indoors and outdoors, and it’s accessible to anyone. Me and my dad helped teach the U.S. Paralympics Archery Team in Salt Lake City in 2019. I enjoyed this opportunity and was really inspired.”

Bodie is often found shooting his bow at Archery World in Lacey or Skookum Archers in Puyallup. Since his recent success, many of his friends at school are now shooting bows and finding interest in archery, which Bodie thinks is cool. What are the goals for an ambitious young man who has already accomplished so much? “I want to represent the United States Archery Team in the World Archery Competition.”

After hearing his story and getting the chance to shoot with him on their 3D course at the family property, I have no doubt he will reach his goal in the year ahead. When I asked for his autograph, Bodie smiled and graciously signed my bow case. 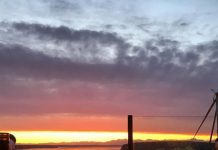 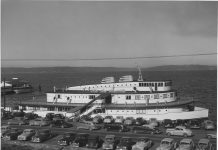 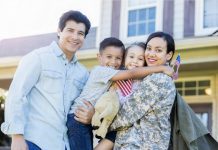