Reporter B.W. Brintnall wrote, “Princesses are people,” for the Tacoma News Tribune in 1943. “So are governors general for that matter, especially the eagle-eyed ducal-looking kind they send down from Canada to look us over.” Royalty rarely visited Tacoma, and local reporters were entranced when the governor general of Canada came to see the city’s shipyards at the height of World War II with his wife, the granddaughter of Queen Victoria.

Her Royal Highness Princess Alice Mary Victoria Augusta Pauline was born on February 25, 1882, at Windsor Castle. Alice’s father was Prince Leopold, Duke of Albany and the youngest son of Queen Victoria and Prince Albert. Her mother was Princess Helen of Waldeck and Pyrmont.

Alice grew up at Claremont House in Surrey. In 1887 her father died from complications of hemophilia. Her brother Prince Charles Edward (1884-1954) became Duke of Saxe-Coburg-Gotha in 1899, and she moved with him and their mother to Germany.

In 1904, Alice wedded Prince Alexander of Teck (1874-1957) in St. George’s Chapel at Windsor Castle (where many other royals have tied the knot). Alexander was the younger brother of Princess of Wales (later Queen) Mary. The couple had three children: Lady May Helen Emma (Smith, 1906-1994), Rupert (Viscount Trematon, 1907-1928) and Maurice (1910). Like her grandmother Victoria, Alice was a carrier of hemophilia, and both her sons died young of the inherited disease.

In 1917, during World War I, King George V abolished the royal family’s German titles. Alice and Alexander took the last name Cambridge, and he was made Earl of Athlone and Viscount Trematon. This made Alice a Countess.

While her husband became active in government service (serving as governor general of South Africa from 1924 to 1930), Alice involved herself in charitable work. She promoted the National Children’s Adoption Association and The Athlone Trust.

In February 1940, less than six months after the beginning of the Second World War, Alexander was appointed governor general of Canada after the sudden death of Lord Tweedsmuir. As part of the British Empire, Canada was heavily involved in the conflict. 1.1 million Canadians served in the military during the war, and 42,000 were killed.

To strengthen relations with their American allies, Alice and Alexander visited the United States in 1943. They arrived in Seattle on May 3 from Vancouver, B.C. The next day they saw the Bremerton Naval yards (now Naval Base Kitsap) and Fort Lewis (now JBLM). Afterward, the couple lunched in Olympia with Governor Arthur Langley and his wife, Evelyn.

The royal party and the governor then headed up to Tacoma to visit the Tacoma plant of the Seattle-Tacoma Shipbuilding Corporation. Over 33,000 people were employed by this bustling shipyard, producing ships for the navy during the war.

Under escort by the state patrol, Mayor Henry Cain and other city officials greeted the party at the Tacoma city limits. They then headed to the plant, passing through a large housing project on Thirty-Eighth Street which was created for shipyard workers and their families.

At the plant, the group was greeted by general manager O. A. Tucker, assistant manager George Kachlein, and Thelma Older and Joe Gordon Jr., the directors of the women’s and men’s personnel divisions. Also present was Captain J. L. McGuigan, supervisor of construction for the navy.

Traveling by open car despite the chill, Princess Alice and her husband were taken to the plant school to watch students learn shipbuilding basics. After leaving the school, the royal couple was driven across the yard to visit one of the carriers nearing completion.

Carefully stepping over equipment and wires, Princess Alice wanted to see the flight deck despite Captain McGuigan’s protests that it was cold and windy up there. “How do we get upstairs?” was her determined reply.

Princess Alice and Prince Alexander were praised for their thoughtful and informed questions and seemed fascinated by what they saw. For example, Alice praised the housing project, telling reporters, “That is important. People must have good houses to live in. That is basic, and it is on that foundation we must be sure and make our start after the war.”

Reporters and other “stragglers” followed in a car behind the party. “This is about the best show we’ve put on,” Tucker remarked as the party wrapped up by taking photos with workers. Coast guard policeman Jack Weldon was kept busy keeping reporters’ cameras pointed at the people and not anything top-secret. Alice and Alexander left town after shaking every hand, behind schedule.

Princess Alice died on January 3, 1981. She was the last surviving granddaughter of Queen Victoria and the last member of the royal family to be the viceroyalty consort of Canada. Alice was also the only member of the royal family to ride in Queen Victoria’s 1897 Diamond Jubilee procession and Queen Elizabeth II’s 1977 Silver Jubilee procession. Her legacy continues with the Athlone Trust, which supports adopted children and their families in the United Kingdom. 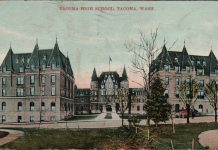 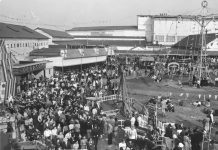 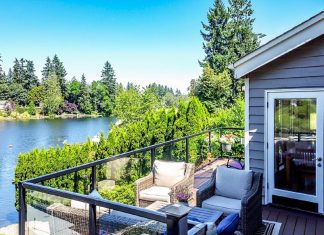