Home Around the House Security Lynx Door and Window Screens Can Enhance the Safety of Your...
FacebookTweet

Last year, more than 42,000 incidents of burglary and/or breaking and entering occurred across Washington state. Half of those offenses were residential, while another 33% happened at a place of business.

While there are many ways to improve the safety and security of your home or business, there’s one that’s relatively new to Pierce County residents: reinforced door and window security screens.

These screens are now available through Bellingham company Security Lynx, an official dealer of Crimsafe — a longtime Australian company that makes the criminal-blocking screens and has expanded into the United States.

Security Lynx was founded in early 2021 by Ron Faber, a Lynden resident and local contractor with decades of remodeling experience. His foray into Crimsafe products began when a client wanted a secure patio space in front of his home.

Faber began researching options and stumbled upon Crimsafe. He talked the company into doing the job, upon which time he was asked to become a Crimsafe dealer for Washington — a dealer that would be ideally located between Seattle and Vancouver, British Columbia.

Despite having a full-time job already, Faber said yes because he was taken with the quality of Crimsafe’s products, both aesthetically and security-wise.

“It’s an amazing product,” he says. “We’ll put one window or a door on, and homeowners will go, ‘Wow, that doesn’t even look like a security product; it looks like a normal screen.’”

Crimsafe screens are made of a tightly woven, stainless-steel mesh capable of withstanding significant impacts and breakage attempts. The mesh is tightly screwed into frames, and then clamped down using a patented clamp system.

An intruder can’t cut the mesh with a knife and can’t bash it in with a hammer or forceful kick. The mesh is nearly impossible to get through without a criminal resorting to extreme methods that would be easily noticeable to anyone in the vicinity.

At a recent Seattle home show, Security Lynx invited hundreds of people to hit a 3-foot by 4-foot screen with a baseball bat. Over the course of nine days, the mesh never broke, simply bowing in about an inch or so.

And unlike security alarm systems, which are turned off while you’re home, Crimsafe screens offer 24-7 protection to a home or business, even when you’re inside.

Crimsafe screen doors have three locking points, so when someone locks their door, it triggers additional latches at the top and bottom of the door.

“You can’t stick a crowbar in there and pry the corner of the door out,” says Faber.

The company also makes emergency exit window screens called Safe-S-Capes, which allows them to be opened from the inside in case of a fire or other emergency necessitating window escape.

All Crimsafe products are backed by a 10-year warranty, and Faber says both he and homeowners are often impressed with how good the screens look despite their security purpose.

“Who wants bars on their doors or windows?” he says. “Your neighbors don’t want to look at that either, right? Because that’s a dead giveaway that, ‘Oh, this is a shady neighborhood.’”

The safety doors and windows can be matched to many building styles, and come in three main colors: white, beige, and antique bronze. The mesh is also pet- and mosquito-proof and doesn’t impede visibility from inside with normal lighting conditions.

From windows, front doors, sliders, or deck enclosures, Security Lynx can provide a customer with whatever they need to reinforce their home.

Faber says Security Lynx is seeing its business pick up as more people discover the durability of Crimsafe security screens.

The company has done installs from Seattle to Spokane and is now manufacturing the screens itself from a new Bellingham shop. This has significantly cut down the lead time on installs.

In Tacoma, Faber says a Mexican restaurant endured five break-ins over a span of several months. Worried about their insurance rates skyrocketing over the repeated crimes, the restaurant was paying for repairs out of pocket — with expenses as high as $17,000 an incident.

After having Crimsafe windows installed by Security Lynx, an intruder returned one night. As captured on their security camera, the man attempted to punch through the screen before giving up and fleeing.

“He thought he could just hit it and break in the window again,” Faber says. “He was like, ‘Oh, that isn’t going to work.’ So, it definitely is a deterrent.”

While nobody wants to worry about crime, Crimsafe products installed through Security Lynx can help make your home or business more of a secure fortress — without looking like one.

For more information or to obtain a quote, visit the Security Lynx website or call 360.922.0978 today. 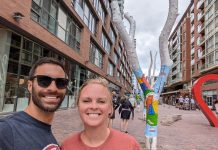 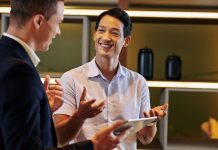 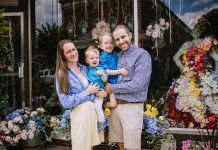