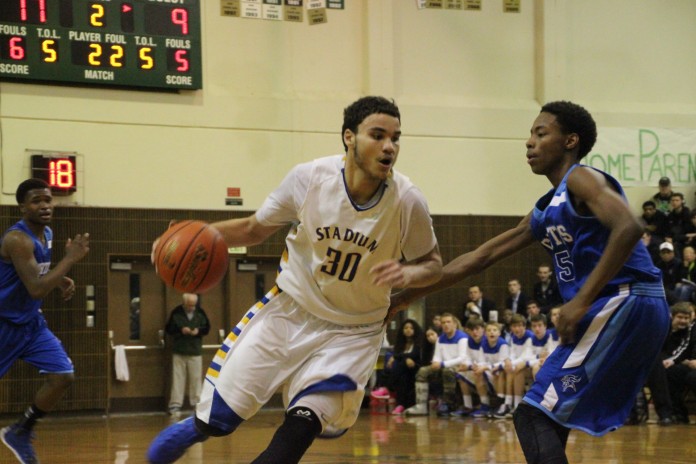 State playoff dreams quickly appeared and vanished Saturday afternoon in both Tacoma and the Kent Valley.   District IV 4A girls and boys tournaments continued at Auburn and Stadium High School, with both sites hosting elimination and winner-to-state contests.

For decades, the Stadium boys basketball team consistently resided near the bottom of the Narrows League standings.  Following a thrilling 45-44 victory over Emerald Ridge in the first round of the district tournament, Stadium found themselves in a scrappy second-round match-up with defending 4A State Champion Curtis at Auburn High School.

Trailing a majority of the second half, Curtis made a late push in the fourth quarter to tie the game and send it into a four-minute overtime.  Stadium was able to overcome a three point deficit in the extra period in the final minutes before stopping Curtis on the game’s final possession to win 39-38.

With the victory, Stadium clinches at least an appearance in the 4A regional round to be held beginning on Friday, Feb. 28.  Seven teams from the district earn regional round berths, and Stadium can improve their seeding if they continue to advance in their current bracket.

Next up for Stadium is a district semi-final match-up with Todd Beamer on Thursday, Feb. 20, at Auburn High.  The game begins at 6:30 p.m.