The best boys’ soccer season in seven years for Tacoma Baptist came to an end on a chilly afternoon in Puyallup, and while the Crusaders came up a win short of adding another state championship to their trophy case, the year was still chalked full of accomplishments.

The squad finished second in the Class 1B/2B state tournament, snapped one of the state’s longest winning streak in a district title match, advanced to the championship title match for the first time since 2008 and won a thrilling state semifinal match with some late heroics against Crosspoint.

“It’s been phenomenal. It couldn’t be better,” said midfielder Riley Byrne, who paced the Crusaders’ high-powered offense with 21 goals and provided the assist on Daw Von Barnau Sythoff’s game-winning goal in the semifinals. “Last year we got knocked out instantly in the playoffs. This year we couldn’t be happier.”

Tacoma Baptist (16-2) defeated Crosspoint, 1-0, in the semifinals before losing to Saint George’s, 2-0, in the state championship. The Crusaders were eliminated in the first round in their last three state playoff appearances, twice losing to the Dragons, including a 5-1 defeat during Byrne and his fellow seniors’ freshmen season in 2012.

There was no early exit this year as the Crusaders dominated on both ends, getting plenty of scoring from Byrne, freshman Von Barnau Sythoff and Seth Talen, and stellar defense from sophomore goalkeeper Parker Talen and the back line, during their deep postseason run.

Tacoma Baptist won the first of its two consecutive state championships in 2007 by defeating Saint George’s, 2-0. The Dragons reversed that score this year, getting two goals from Stow Miller as they outshot the Crusaders, 27-6, in the match.

“They are just a tight team,” said first-year Tacoma Baptist coach Jenna Jones about Saint George’s. “They are physical. They are aggressive. Their range with the net is dangerous for sure. They stay very connected with their passes. It doesn’t take much room for them to have a look at the goal.”

The match came less than 24 hours after Tacoma Baptist knocked off Crosspoint.

Von Barnau Sythoff was the hero against the Warriors, taking a pass from Byrne and finding the back of the net in the 75th minute.

“We started out really slow (against Crosspoint),” Byrne said. “The turf was like ice, but we picked it up in the second half and got a late one. Daw did a great job finishing up on that.”

It was the eighth goal on the season for Von Barnau Sythoff, who along with Parker Talen, Joey Pascua and Ryan Ratliff doubled down in sports during the fall as they also played on the Tacoma Baptist football team.

“It’s been so much fun playing with these guys,” Von Barnau Sythoff said. “Our first goal was to make it to the state playoffs and we strived for it all season. We just kept building on that.”

The Crusaders routed Evergreen Lutheran, 7-0, in the state quarterfinals, getting a hat trick from both Byrne and Seth Talen. Byrne needed just 35 minutes of play to score his three goals as the Crusaders took a 4-0 lead into the half. Tacoma Baptist swept all tree meetings against the Eagles this season with Byrne scoring a combined six goals in the three matches.

The win came on the heels of the Crusaders, 1-0, victory over defending Class 2B champion Mount Vernon Christian in the district championship. The win ended the Hurricanes’ 40-match winning streak and elevated Tacoma Baptist’s confidence to a season high.

“That felt amazing to be able to do that,” Byrne said. “That just kicked us up a notch. Each year we tried to get better and better. This year we wanted to go all the way.”

“This has just been an amazing group. Their attitude is always up no matter what we are facing. Just a great group to coach,” Jones said. “We are definitely going to miss our seniors next year as they move on, but we have a strong core that will remain with us and were excited about that.” 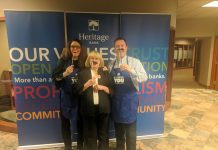 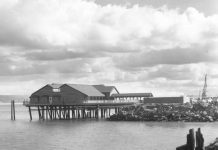