The historic wooden sailboat Odyssey has operated out of Tacoma’s Thea Foss Waterway as a Sea Scout Ship 190 (SSS 190) training vessel for over four decades, but that could all change if a replacement for its mainmast isn’t underway soon.

The mast of the 84-year-old ship, originally built in New York for Vanderbilt granddaughter Barbara Whitney Henry as a gift to her husband, was retired last spring.

Considering Odyssey’s history, spent first with the Henrys from 1938 through 1942 before being requisitioned by the U.S. Navy during WWII, the 105-foot Sitka Spruce spar had a lengthy lifespan.

Renamed USS Saluda, the ship would remain with the Navy through the mid-1970s before making its way to Tacoma toward the end of that decade to become a beloved sea scout vessel.

At its core, Odyssey is a leadership program that teaches young adults between the ages of 14-21 a number of essential life skills through the art of tall ship sailing.

Youth carry out every aspect of the ship’s duties, from taking the helm to navigation to working together to raise the sails to planning and organizing meals, trips and maintaining the vessel.

In fact, many of Odyssey’s young women and men go on to attend maritime universities or work in maritime careers, a huge industry in the PNW region and one highly disproportionate of women.

“Boys and girls that come through our program learn a great deal towards becoming able-bodied seamen,” says longtime volunteer and Odyssey Captain Dr. Eric Kiesel. “It’s a tremendous opportunity for those trying to expand on that.”

According to statistics, females make up only 1.2% of seafaring workers worldwide.

However, Odyssey’s program has consistently appealed to just as many girls as boys. The inclusive nature of the program allows everyone to get out on the water and learn and excel no matter their sex, race, or background.

“Odyssey has taught me to sail, of course, and all about boating, but it’s also taught me about leadership,” says female youth, AKJ. “We’re all given the same opportunities here to become more responsible and take on leadership roles.”

Whether pursuing a seafaring trade or not, one thing is certain, everyone leaves with the experiences and memories of a lifetime. The number of alumni that remain involved still today, fondly remembering what they learned from their time onboard, is another testament to the program’s impact.

Unfortunately, when the pandemic brought it to a standstill, combined with the loss of the mainmast shortly after, things went from bad to worse quickly for Odyssey and her young crew.

Until then, the program had relied upon passenger charters as a primary funding source.

Charters were available to the public for day and weekend sails, as well as week-long trips in the summer for Boy Scouts of America (BSA), members through the Adventure Sailing Program.

Staffed by well-trained SSS 190 crew members and under the leadership of Odyssey’s experienced captains with no less than a 100-ton license and sail endorsement, they would sail off to such destinations as the San Juan Islands, Victoria, BC, and many locations throughout the Puget Sound region.

Although Coast Guard certified to operate by use of its John Deere marine engine, the lack of a mainmast creates a hard sell for a sailing outfit with no way to raise the sails, not to mention the climbing fuel prices.

To date, using the motor is the only way youth have been able to operate the ship. Sadly, many recently joined members have yet to get underway with Odyssey in her true capacity—as a sailing ship.

Nonetheless, even as Odyssey’s future remains unclear, SSS 190 is hopeful as they continue to work hard, learning components of sailing through small boat training, practicing seamanship, safety drills, and maintaining the historic vessel.

One thing that did become clear was the organization’s need to look elsewhere for resources to keep the truly one-of-a-kind youth opportunity afloat.

In December of 2021, Friends of Odyssey was formed, a new nonprofit made up of both alumni, parents of alumni, and current members of the Odyssey program.

These volunteers made it their mission to preserve the ship and youth-focused initiative by supporting fundraising efforts to continue the great legacy that began all those years ago.

With several active campaigns, including financing the wood for shipwrights to build a new mainmast, long-term sustainability of the program, and the continuing upkeep of the vessel, Friends of Odyssey remains on a steady course.

“It’s about the youth and saving over eight decades of history connected to this unique ship,” says Friends of Odyssey founding Board President, alumni parent, and former leader in charge of Odyssey youth, Shana Curd. “Everyone comes on board with equal footing, knowing next to nothing about sailing, and learning together as a team— working hard, becoming reliant on one another, becoming a real crew.”

“We want to keep this unique program and vessel alive for future generations,” says Curd. “There aren’t many experiences like this available to young people. It really is special.” 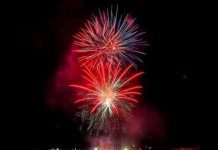 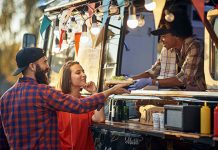 Summer Festivals Around the South Sound